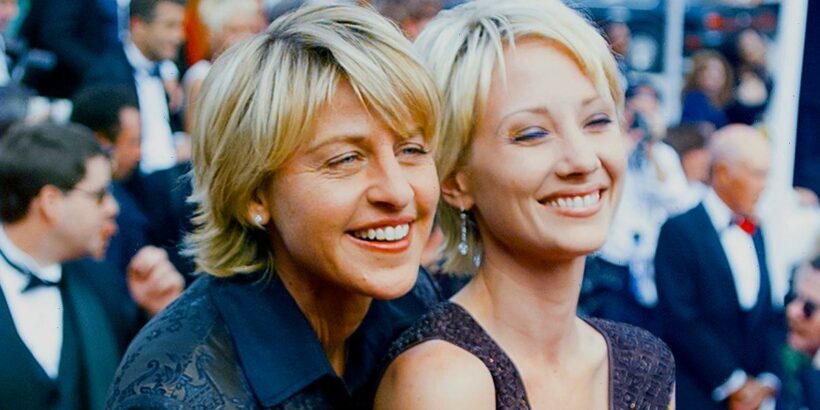 Anne Heche and Ellen DeGeneres were trailblazers in Hollywood, as the pair were considered one of the first out and proud lesbian power couples in the industry.

Tragically, 53-year-old Anne is has been pronounced brain dead following a car crash, with the actress’s rep confirming she is in a “critical condition” and is "not expected to survive".

The crash is still being investigated by the LAPD, but it is believed she was under the influence of cocaine when she drove into the front of a house.

Ellen, now 64, was recently asked about the situation, telling a cameraman: “I don’t want anyone to be hurt.”

It has been over two decades since the pair dated, but their impact on the industry can still be felt.

Who is Anne Heche?

Anne Heche is an actress, producer and writer who was at the height of her fame at the tail end of the 1990s.

Some of her biggest films include Six Days Seven Nights, Donnie Brasco, War the Dog and Volcano.

The actress appeared in recent projects including All Rise, Chicago PD and The Brave.

How long were Anne Heche and Ellen DeGeneres together?

They made their red carpet debut for the film Volcano, which released in 1997 and starred Tommy Lee Jones, Keith David and Anne.

At the time, the actress claimed: “I had told them that I was taking Ellen as my date and I was told if I took Ellen, I would lose my Fox contract.

The actress also alleged that she took Ellen to the event against the studio's wishes and that the couple were “ushered out by security before the movie even ended”.

Even though the relationship only lasted three years, Anne didn’t regret it, especially over the difficulty the studio allegedly put her through.

She continued: “Those repercussions that happened, are to me what has created a part of the change. I’m a part of it. It is a badge of honour.”

Anne Heche crashed her car into the side of a Los Angeles home on August 5.

A spokesperson for Anne told Page Six: “Shortly after the accident, Anne Heche became unconscious, slipping into a coma.

“She has a significant pulmonary injury requiring mechanical ventilation and burns that require surgical intervention.”

Anne drove her car into a LA home, with reports stating she may have been intoxicated when she was behind the wheel.

The LAPD said: “The info we received this morning was a warrant that was obtained the same day as the traffic collision, which was Aug. 5. The warrant was to draw blood, and an investigation is ongoing pending the blood test results.

“If found intoxicated, [Anne] could be charged with misdemeanour DUI hit and run. No arrests have been made so far.”

In footage released by Entertainment Tonight, a photographer asked Ellen if she shared well wishes to her ex-partner.

Ellen said: “Sure, I don’t want anyone to be hurt.”

The TV host was then asked if the pair were still in contact, with Ellen replying: “We're not in touch with each other, so I wouldn't know.”

“It was quite a dangerous accident that happened, wasn’t it?” the photographer added. Ellen replied: “Sure was.”