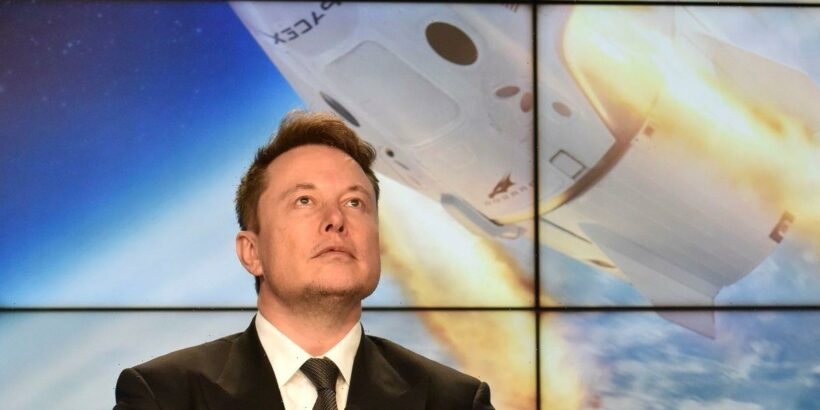 Elon Musk has not always been rich — but he may as well have been, given he achieved his first million dollars before he turned 30.

Named Time magazine’s 2021 Person of the Year, the now-billionaire has spent a long time in the spotlight thanks to his wealth.

The rising price of his e-car company Tesla pushed his net worth to around $300 billion, allowing him to surpass Bezos at the top of the rich league.

BBC2's The Elon Musk Show, on Wednesday October 12 at 9pm, will look at how he made his billions after success in the Silicon Valley tech start-up world in the 90s.

How old was Elon Musk when he became a millionaire?

South African Elon Musk was just 27 years old when he cracked the seven-digit ceiling and became a millionaire.

The 51-year-old did not just make just one million though — he became a multi-millionaire overnight in 1999 when he and his partners sold a web-software company for more than $300m.

In 1995, Musk founded Zip2 with his brother Kimbal and Greg Kouri.

The company, which worked out of an office in California, developed an internet city guide with maps, directions, yellow pages, and marketed it to newspapers.

The company was sold four years later, with Musk’s 7% share earning him a $22m payday.

How did Elon Musk make his fortune?

The entrepreneur used half of his payout from the Zip2 sale — $11m — to fund X.com, which eventually became PayPal.

Never one to stand still, Musk poured his extreme wealth into founding SpaceX — Space Exploration Technologies Corporation, to give the firm its full name — that same year.

Its long-term aim is to reduce the costs involved in travelling through space to get to Mars.

He also turned his hand to helping create the alternative energy company SolarCity, in addition to car giant Tesla.

Though it only became profitable in recent years, Tesla is far and away the world’s most valuable car company.

At one point last year, it crossed the one trillion dollars market capitalisation threshold.

In contrast, US car makers Ford and General Motors are worth less than 200 billion dollars combined.

SpaceX has also had incredible success.

Nasa has contracted with SpaceX to use Starship for delivering astronauts to the lunar surface as early as 2025.

Mr Musk said he plans to use the reusable ships to eventually land people on Mars.

He is in talks to buy Twitter — a social media platform where he has a huge following and can send markets into turmoil with a single post — for more than $40bn.