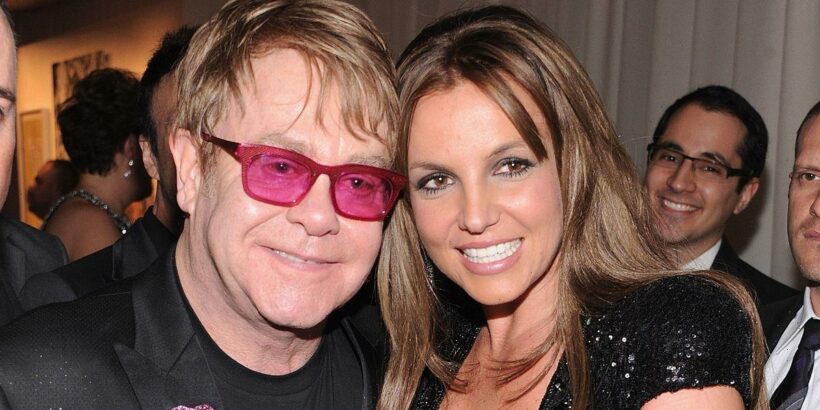 Sir Elton John has called for us to get behind Britney Spears’ come back and help her heal.

The duo just missed out on this week’s No1 with Hold Me Closer, Brit’s first song in six years, but Elt says the song’s success could help Britney see how loved she is.

He said: “I’m really happy for Britney, especially because having her on this record is such a gas, for start, but this is someone who has been through hell, who needed some love in her life, a lot of love from a lot of people and she’s getting it.

READ MORE: Britney's son breaks silence on broken relationship with mum and says it 'can be fixed'

“And it couldn’t go to a better cause than her at the moment.

“And it’s been a really hard time for her over the last few years.”

The 75-year-old Rocketman insisted that the more success the single has “the more it will help her heal”.

After being in conservatorship for 14 years it wasn’t easy for the pop star to get back out there.

Elton told Zane Lowe on Apple Music 1: “I think she was very reticent at first because I think she was nervous, but she went in the studio in Los Angeles.”

He was in London at the time and so the pair haven’t even met yet: “I haven’t spoken to her, but we’ve communicated by email and stuff like that. She sent me a beautiful gift yesterday and to David [Furnish], it’s all new for her.”

Britney is still ironing out some issues with her family since finally becoming free of the conservatorship.

And her estranged son Jayden has offered an olive branch saying he would like to have a “normal conversation” with her one day.

She has responded with an open letter in which she says: “I tried my best at being the person I can be” whilst also being “held hostages in homes under nurses and bulls**t”.

She added that she hopes to see her children again “face to face”.