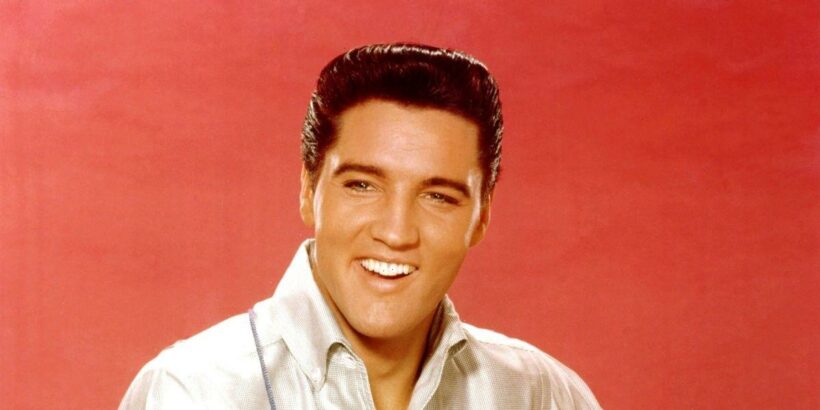 Throughout his career he not only inspired a generation of music greats, but he also had a number of hidden links to celebrities from the worlds of music, stage and screen too.

From the mother of a music icon performing alongside Elvis, to the King's relationships with famous actresses, the star was certainly a mover and a shaker in the world of celebrity.

On the 45th anniversary of Elvis' death, Daily Star takes a closer look at his hidden celebrity links.

Elvis Presley and Whitney Houston are undoubtedly two of the world's biggest music icons of all time – but did you know that they had a hidden connection?

In 1963, Whitney's mum Cissy was a backing singer for a group called The Sweet Inspirations, who performed with Elvis during his Las Vegas residency.

It is no surprise then that a young Whitney met Elvis in 1969, with the late singer previously telling Access Hollywood about the incredible moment.

"I just remember at one point being [backstage]… and he just walked into the room with his mink on and his glasses on.

"He says something and you don’t say anything, you just look. It was just one of those moments I won’t forget as a kid… you just sat back and just looked at him.

"Amazing to look at, just amazing. Just to be in his presence was awesome."

Dolly Parton revealed that her huge 1974 hit I Will Always Love You was tipped to be covered by Elvis Presley – and that she cried in the middle of the night when she refused permission for him to sing the song.

The reason – Elvis' manager The Colonel wanted the publishing rights to the hit.

Speaking on Living and Learning with Rebe McEntire, Dolly revealed she had been excited that Elvis was recording the song and that she could not believe that the star wanted to meet her in the studio.

However, she explained that The Colonel said: "You know, we don’t record anything with Elvis unless we have the publishing, or at least half the publishing."

Dolly replied: "Well, that throws a new light on this because I can’t give you half the publishing. I’m gonna leave that to my family. I can’t do that."

The superstar added that she cried all night after making the decision to refuse permission for the publishing rights, with The Colonel saying that Elvis could not record the song without them.

She said: "I cried all night. Oh, I just pictured Elvis, like, singing it. And I know that Elvis loved it. Elvis' most famous relationship was with Priscilla Presley, but the star also had a number of relationships with fellow celebrities too.

The worlds of acting and music came together when Elvis began dating the late, great star of silver screen Natalie Wood in 1956.

Natalie, who was 18 at the time, began a relationship with the 21-year old Elvis after her Rebel Without A Cause co-star Dennis Hopper introduced the two.

During their time together, Elvis would make huge romantic gestures including booking out a whole cinema just for him and Natalie to watch a film together.

Natalie also made huge romantic gestures in return, with the actress sending the singer two handmade shirts to wear on the set of Love Me Tender.

However, Ray Connelly, the author of Being Elvis: A Lonely Life, revealed to Closer Weekly that Elvis' mother disapproved of the actress when she was brought home to meet her.

"They were very affectionate, and it bothered Natalie. She called and asked our mom to make up a story about why she had to come home."

The couple split later in the same year.

Another huge star that Elvis had a link to was Olympic gold-winning decathlete Caitlyn Jenner – as they both dated the same actress.

Although Caitlyn's most famous marriage was to Kylie and Kendall's mum Kris Jenner, she was actually married twice before this.

Caitlyn was previously married to actress and model Linda Thompson, with whom she has two sons called Brody and Brandon.

The couple married in Hawaii in 1981, but before tying the knot, Linda had been in a relationship with Elvis.

After meeting at a private film screening, Linda and Elvis dated for more than four years from 1972 to 1976.

However, she slammed the new Elvis biopic, saying: "I spent four-and-a-half years of my life living with and deeply caring for Elvis on many levels. I shared a hospital room with him every time he was in hospital.

"I had my own bed next to his during those times."

She added: "I haven’t seen it yet. The trailer looks very entertaining and Austin Butler appears to do a fantastic depiction.

"But since so many people are left out who were very important and instrumental in Elvis’ life – I wouldn’t call it a biopic."