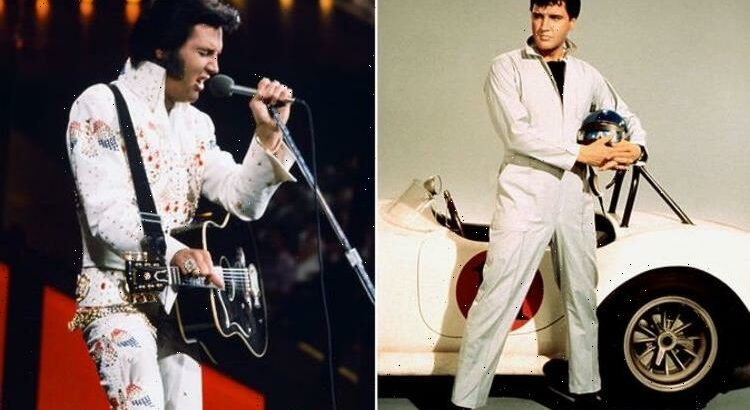 During the ongoing pandemic, Elvis Presley’s home of Graceland in Memphis, Tennessee have been putting on virtual live tours for the first time ever. From exploring The King’s mansion and private jet to the archives, there’s been a number of two-hour experiences on offer. And most recently Express.co.uk took part in the Elvis’ Life and Career virtual live tour.

Vice President of Archives and Exhibits Angie Marchese guided us through Elvis Presley’s Memphis entertainment and exhibit complex just across the road from the Graceland mansion.

This tour primarily included vehicles, clothing and artefacts once owned and used by Elvis himself, with Angie sharing the stories behind them and bringing The King’s story to life.

We began by his cars and motorcycles, which showed off both Elvis’ incredible wealth with vehicles like his first Rolls Royce, but also his spirit for adventure with his John Deere tractor and other more eccentric modes of transport.

Our expert tour guide shared how Elvis believed that buying his cars was a sign that he’d made it; a sign of freedom – hence why he often gifted cars to his friends and family. 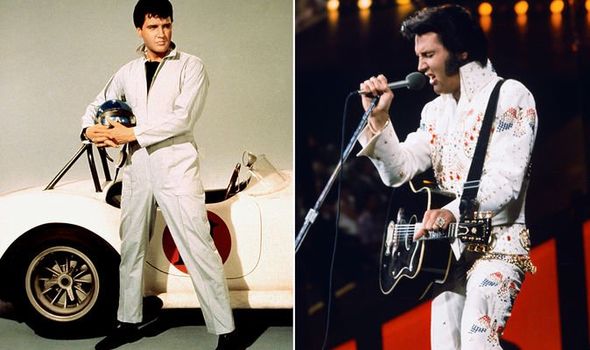 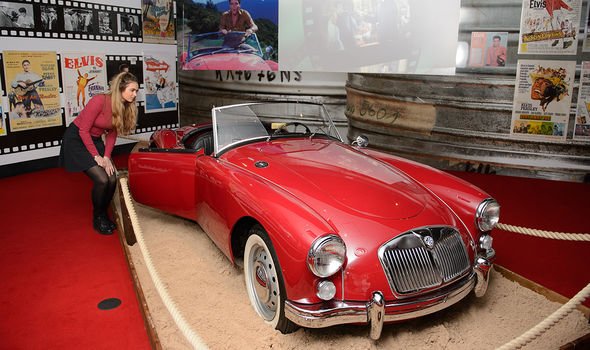 One particular highlight of this section was seeing The King’s 1973 Stutz Blackhawk III, which was the last car he drove.

In fact, just hours before his death on August 16, 1977, Elvis was photographed driving the vehicle into the gates of Graceland after a trip to the dentist.

Despite being such a star, The King didn’t like being chauffeured around and much preferred driving everyone else.

After seeing his impressive collection of cars and motorcycles, Angie walked us through Elvis’ life via all kinds of artefacts from his first records to some pretty famous costumes of his. 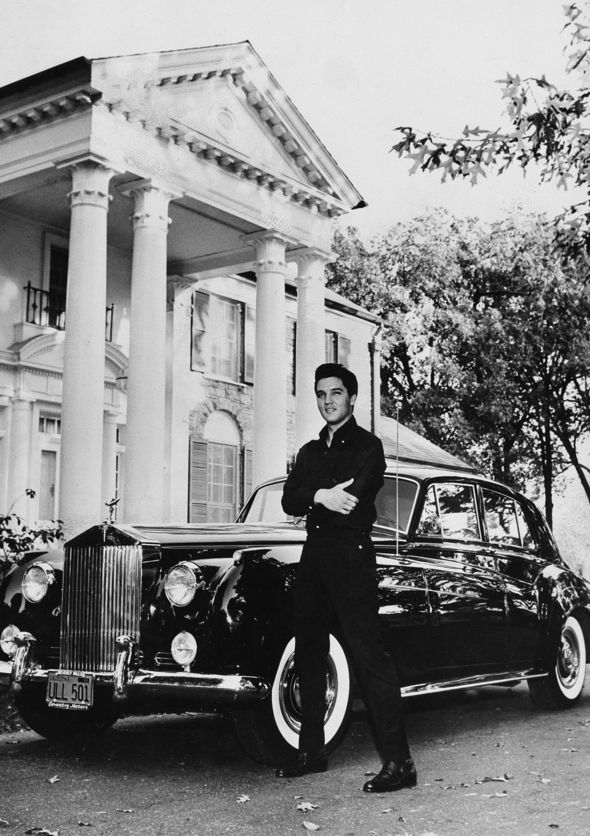 There’s now even a permanent exhibit of Elvis’ two years in the army from 1958-1960 on display, showing off his uniforms and more.

While later on, we saw some famous costumes from The King’s Hollywood years including one of his shirts from Jailhouse Rock.

Plus there’s even his 1968 Comeback Special clothing on display including his black leather costume.

Angie revealed that it would get so hot under the studio lights that The King had to squeeze in and out of it with the help of some baby powder.

Following Elvis’ live music comeback, it was time for the jumpsuit era and boy were there some classics on show.

This section kicked off with one of The King’s earliest that most closely resembled their inspiration: a karategi uniform for practising karate.

While later on fans would no doubt recognise some of Elvis’ most famous Las Vegas costumes, like those seen in the documentary film That’s The Way It Is.

But the absolute highlight has to be his bald eagle jumpsuit from 1973’s Aloha from Hawaii via Satellite concert.

Interestingly, the cape Elvis threw into the audience that night has made it back to Graceland after it was left in a will by a collector who had purchased it years ago.

After seeing The King’s jumpsuits, Angie concluded the tour with a look at Elvis’ love of American football before a quick stop at the Lisa Marie exhibit. There, childhood possessions and dresses worn by The King’s only child in more recent years are on display, alongside her rocking chair from upstairs at Graceland.

All in all, a fascinating tour for Elvis fans, especially for those around the world who can’t get to Memphis anytime soon and an experience all the more enhanced with the expert guide in Angie Marchese.

Graceland’s virtual live tours cost $98.50 each. To find out more and to purchase tickets, click here.