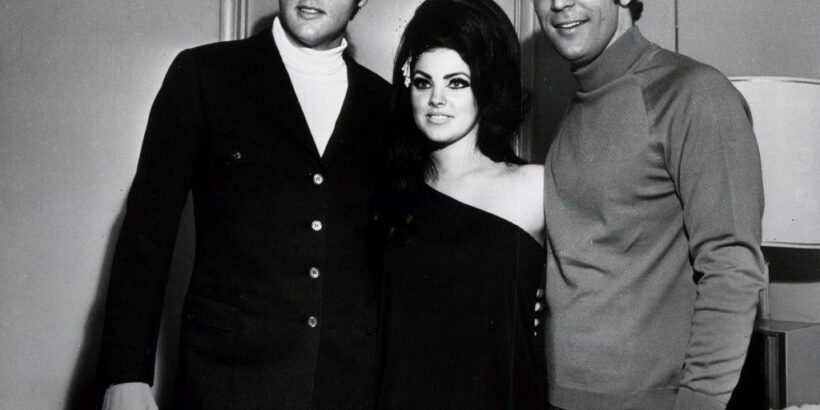 Elvis Presley sang some of the most acclaimed classic rock songs in history. However, that didn’t stop him from admiring other artists. For example, he really admired Tom Jones to the point where he told Priscilla Presley to buy one of his songs. Here’s a look at how Elvis met Jones — and how they got along.

In her book Elvis and Me, Priscilla discussed feeling she wanted more out of her marriage. She and Elvis decided to go to Waikiki. They rented a home on a private beach because Elvis would attract unwanted attention if he were to spend time on a regular beach. They enjoyed their time together there and felt like they were kids who didn’t have to deal with the pressures of the music and film industries.

“It was there that we met Tom Jones, and Elvis became very fond of him,” Priscilla recalled. “He had always enjoyed Tom’s vocal style, especially in “Green, Green Grass of Home,” which Elvis had first heard while traveling from L.A. to Memphis. He’d called me when they’d stopped in Arizona, encouraging me to get the record.”

How Elvis got along with Tom Jones in Waikiki

The singers partied together. “Tom Jones and Elvis enjoyed an instant rapport,” Priscilla said. “After an appearance at the Ilikai, Tom invited us to his suite, along with our group. Within minutes the champagne exploded and the party was on.

“We laughed, drank, joked, drank some more (lots more), jammed – and reeled back to the llikai at dawn,” Priscilla added. “Elvis had had such a good time he personally invited Tom and his group to join us the next day at our beach house. A friendship was born, a friendship of mutual respect and admiration.”

How the world reacted to Tom Jones’ song ‘Green, Green Grass of Home’ and the album of the same name

In addition, the song’s parent album, Green, Green Grass of Home, was a hit, reaching No. 65 on the Billboard 200 and staying on the chart for 45 weeks. Elvis admired one of Jones’ song a lot — and this led to a friendship between two of the most legendary singers of the time.