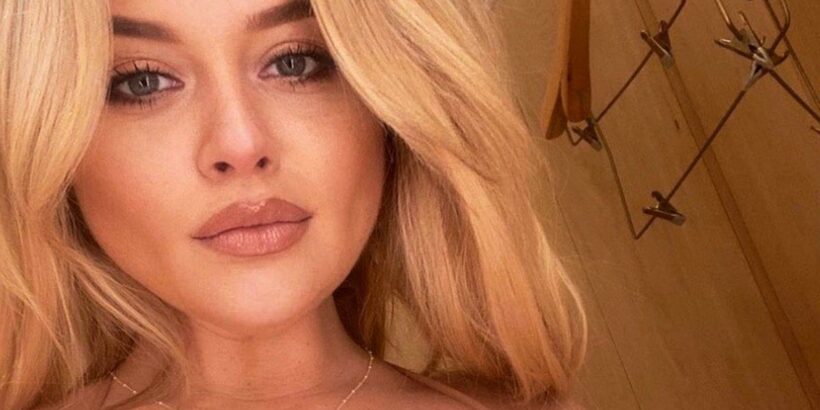 Emily Atack has hilariously admitted that she struggled to find a bikini top to keep her bosom "under control" on holiday.

The former I'm a Celebrity… Get Me Out of Here! star, 31, looked stunning as she enjoyed the unseasonably warm weather in the UK this week.

Posting to her Instagram stories on Tuesday, Emily shared a picture of herself sporting a pink crochet bikini while trying on swimwear for her upcoming vacation.

In the post, the Celebrity Juice panellist also complained that she was struggling to find any bikini which would contain her ample assets, despite trying "a million" of them on.

Emily cheekily captioned the post: "Tried a million bikinis on today for my [holiday].

"Can not find one that keeps the burratas under control and stops me tripping over them."

Emily followed her amusing post by sharing pictures of her out and about in London.

In a subsequent post, The Inbetweeners actress could be seen sporting a Chloé bag as well as red-framed sunglasses and a flowery red dress as she grabbed a coffee.

She later headed into a recording studio to record new episodes of her Spotify podcast Emily Atack: Lie Detector, which sees her investigate the truth behind some of the most elaborate hoaxes in the UK.

The couple are believed to have broken up due to their hectic work schedules.

A source told The Sun: "Emily and Jude were a great match and had a lot of fun, but it ended up being too tricky to make it work long term, they have barely managed to see each other recently so made the decision to call it quits.

'Emily has so much going on at the moment too and that made their relationship a little more difficult.

"She has just finished filming the second series of her one woman TV show and that takes a lot out of her. Plus she's started to move house now and it is a lot to juggle."