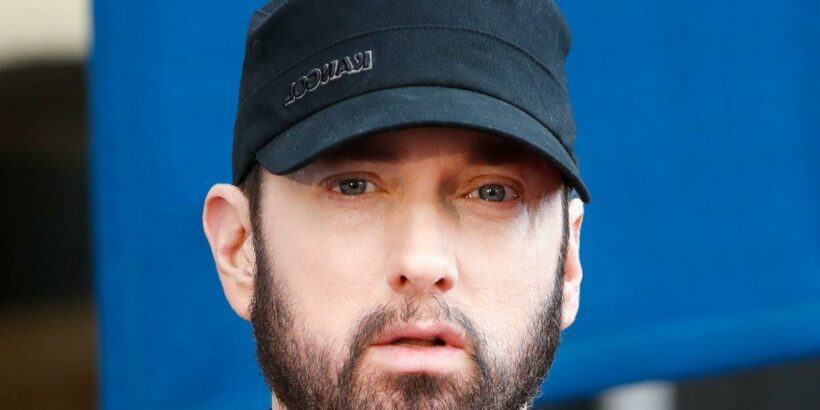 Eminem is set to make his return to acting 19 years on from the release of 8 Mile.

The 48-year-old rapper, whose real name is Marshall Mathers, has signed up to appear in the forthcoming TV drama BMF (short for Black Mafia Family), which will air on Starz in the US later this year.

Executive produced by 50 Cent, the series is based on the true story of two brothers who overcame a rough upbringing to establish the titular organisation which swiftly become one of the biggest crime families in US history .

Eminem will play Rick Wershe Jr, aka White Boy Rick, in one episode of the series.

Wershe Jr was recruited by the FBI as an informant in his teenage years, before later being handed a life sentence for possession of cocaine.

Now 52 years old, he was released from prison last June.

Posting to Twitter earlier on Tuesday, 50 cent confirmed Eminem's casting as a young Wershe Jr and revealed de-aging special effects were used during his scenes, similar to those incorporated in Martin Scorsese's 2019 Netflix film The Irishman.

He also revealed that he will direct the first season of Black Mafia Family's seventh episode.

The In da Club rapper wrote: "I directed BMF EPISODE 7 it is amazing.

"I used the same digital de aging special effects they used in [The] Irishman.

"To take @eminem back to his teenage years. BOOM."

It will be his first major acting role since starring in 8 Mile in 2002, though the rapper has made minor cameos in movies including The Interview and Funny People since.

On his BMF involvement, 50 Cent also told The Wrap: "I'm honoured and appreciative of my good friend Em for supporting my new show BMF.

"We couldn't do a show based in Detroit without incorporating the legend that is Eminem."