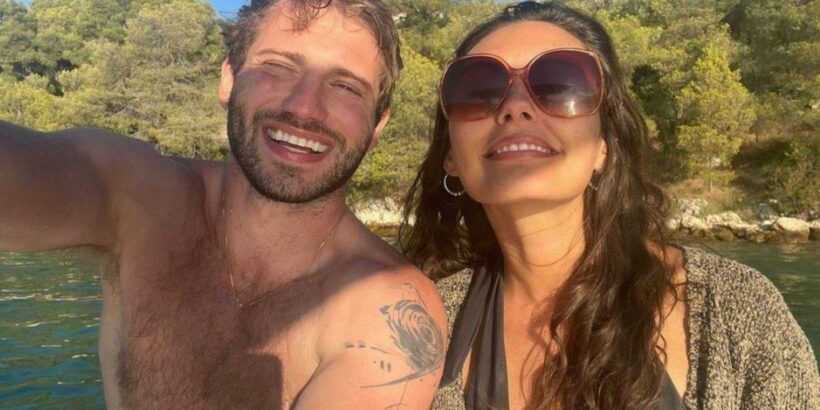 Emmerdale star Alexander Lincoln has found love with a stunning brunette after being on the ITV soap for two years.

The 27-year-old plays bad boy Jamie Tate in the soap.

Appearing loved-up with a glamorous brunette, Alexander has been tagged in multiple snaps with Shar Holliday, who has shared numerous cosy holiday pics.

Last month, she shared a snap of herself and Alexander enjoying a boat trip while in Croatia. Earlier on in the summer, the couple were seen enjoying a trip in the Lake District.

Alexander joined the Emmerdale cast in 2019 and played vet Jamie, but after a car crash, fans are unsure the fate of his character.

Viewers watched as Jamie was seen fleeing the village when he crashed his car into the late after trying to answer a call from Gabby Thomas.

The vehicle was later pulled out of the water but his body was nowhere to be seen.

Fans have been speculating ever since whether Jamie is actually dead.

Alexander may have given fans a spoiler that his character might be still alive, when he recently tweeted: "Getting back to early starts on set today," with a spiral eyes and movie camera emoji.

Fans were quick to react, one commented: "Oh no spoiler alert!"

When the 27-year-old joined Emmerdale in April 2019 he admitted what it was like to be labelled the "village hunk".

He revealed: "I didn't know I would be! I didn't even know that was a possibility. But it's great.

"I'll take it, that's fine, absolutely! I've got a lot to live up to I think, but it's a great feeling."

Emmerdale is not the first soap Alexander has acted in.

In 2018, he starred in the comedy movie Degenerates where he worked alongside former EastEnders stars Annette Badland and Jamie Foreman.

Alexander has also bagged roles in films such as Wander, Sun in the Night and Recall.