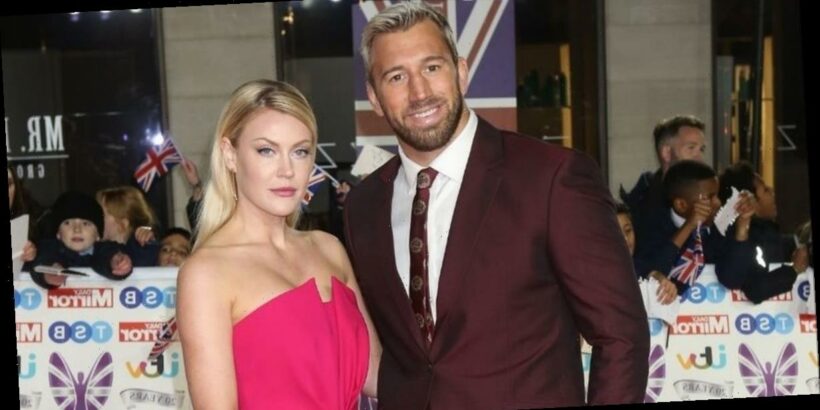 Camilla, 32, and Chris, 32, tied the knot in June 2018 following a three-year engagement in front of 50 pals during a humanist ceremony in Provence, France.

At the time, the pair said it was their "dream location" for their nuptials.

The happy couple, who have not revealed the gender of their off-spring will hear the pitter-patter of tiny feet at the end of May as they excitedly prepare for the arrival.

Camilla revealed to Hello! magazine that they had started trying for a child due to a lack of work commitments during the lockdown period.

"Lockdown is why we decided to get pregnant, it seemed like a productive use of my time. I don't have to take a career break because it's not like I'm turning down any work," she told the publication.

Chris went on to say: "We're really excited for this next chapter – there's a lot of excitement coming our way. Camilla will be a fantastic mum – she's really good with kids."

Making reference to Chris' active lifestyle, Camilla joked: "Chris is going to be a great dad. He's always on the go. He always wants to be running around."

The expecting parents recently moved Stateside after Chris signed with Major League Rugby side San Diego Legion but rather than moving to the Californian city, they have opted to relocate to Las Vegas due to the Covid-19 outbreak in California.

"I think it'll be cool that the baby's birth certificate will say: 'Born in Las Vegas'," joked Camilla.

The couple said they will be taking inspiration from Prince Harry and Meghan, Duchess of Sussex, who are also raising their first child in the States.

Chris and Camilla have met Harry, who is the patron of the Rugby Football League, several times, with Robshaw praising the royal who stepped down from his duties to lead a more financially independent life in America. He said: "Harry is a great guy, he's always been very supportive. When he last visited Harlequins, I gave him a rugby top for Archie, I hope they continue to do well in America. We'll have to invite him and his family over to visit us in San Diego."

"I love them. Meghan is beautiful and smart and I love the fact she was fighting for causes she cared about before becoming a royal, and how they have set up their charitable foundation," added Camilla.

Read the full interview in Hello! Magazine which is out now.