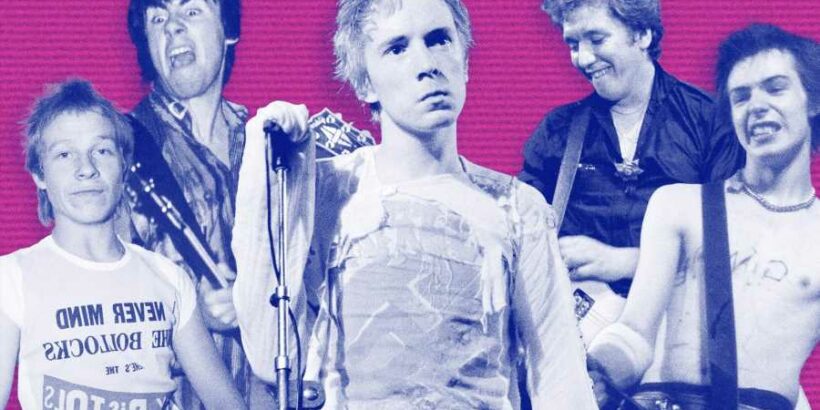 For a young person now trying to fathom the Sex Pistols and the pre-Internet 1970s context that spat them up almost requires a college-level course of study. Among other things, the Pistols were a multimedia culture jam, a terrorist threat, a neo-Marxist art project, a total scam, a ghostly visitation, and an exhilarating rock band (the last very unexpectedly). Despite being hostile, irresponsible flesh-and-blood post-teens, they somehow demolished pop culture and transformed it forever. Or at least that’s what some of us punkish disciples thought. Even before the band’s debut album, 1977’s righteous dirty bomb Never Mind the Bollocks, Here’s the Sex Pistols, there has been a growing landfill of material cashing in on their murky legacy. Some scraps haven’t even featured members of the band. Meet Black Arabs and those French buskers! Solo gigs by bassist Sid Vicious after the band broke up have been bootlegged repeatedly as the “Sex Pistols.” That said, here are all of the band’s songs, i.e., those performed by at least one member of the organization and officially sold under the Pistols name. They’re ranked from worst to first, though, of course, the Pistols tried to torch such bourgeois distinctions, preferring to skin us alive, which they often did.