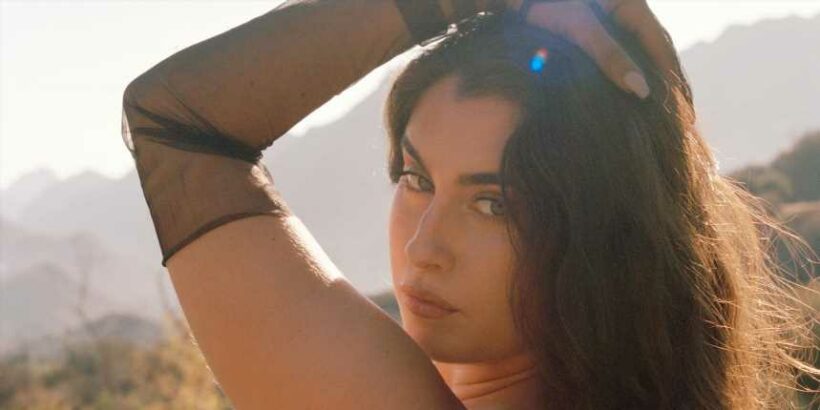 Lauren Jauregui is not new to the industry, but everything has certainly been different for her the past few years. It took a while, but the R&B singer is finally giving fans what they’ve been asking for: a new EP! While the excitement in the fanbase is palpable, newer fans might be surprised to hear everything it took to get here. Going independent isn’t easy, but it’s exactly what Lauren wanted to do, and she did it on her terms.

Cosmopolitan spoke to Lauren Jauregui about her new EP Prelude, what fans can expect next in her career, and why she’s being more vulnerable than ever in her music. 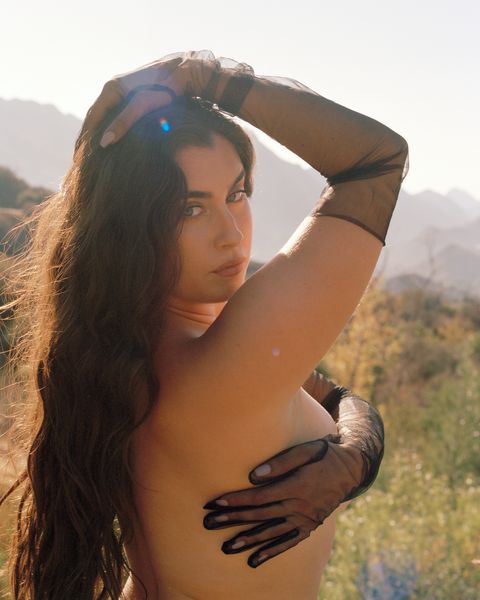 Cosmopolitan: Like some newer fans, I became a fan of yours because of your solo stuff, especially when you released your first single “Expectations” back in 2018. How does it feel to be known as just Lauren?

In a previous interview, you mentioned this EP is named Prelude because it’s a prelude to a full album. How many songs did you have set before picking the track list for the EP?

What made you pick these tracks out of the 50? Was it mostly rhythm and flow? Or was it to tell a certain story?

LJ: I think they told my story the most clearly and poetically. A lot of what I was writing — I mean, I’ve written a whole wide range of stuff — but it was like getting stuff out of my system. Some of it was like, “Okay, this is great. But this isn’t necessarily for me or the sound that I’m curating.” It was something that came out of me but could work for something else. These songs were cohesively making sense with one another and made the most sense with what I actually wanted to be creating.

Songs like “Scattered” highlight that this is a more emotional project than your previous tracks, especially as you talk about mental health. Was that a bit scary?

LJ: It’s cathartic, to be honest. It’s what comes out of me, so it’s not scary. I’m not afraid of my vulnerability. I think that we live in a society that’s incredibly scared of that. I believe that it’s actually one of my deepest purposes as an artist is to bring that to light, heal through that, and hopefully help others do that. Because I think that the more vulnerable we start to get with ourselves, the more healing we’ll see as a collective. We need that more than ever right now.

You released this EP under your own record label, which means you’re going the independent route now. What was the most difficult thing about bringing it to life?

LJ: When it comes to challenges, the creativity has always flowed out of me. I think that the logistics of things and finances and all of the fucking mechanisms that go into doing art as a business, as a career choice, versus just something that you do for fun or a hobby, were the things that have brought the most challenge to me out of the whole process.

I’m sure there were a lot of lessons learned throughout.

LJ: Definitely a lot of learning. A lot of lessons. A lot of realizations. A lot of failure, even. Not in a way of, “Oh, fuck, I failed.” It’s more, “Oh, wow, that really taught me something. And now I know better.” I’ve learned to get more comfortable with failure because it’s the only way you actually make something great.

You’re about to go on tour for this EP. Can you talk about how that process has been going and what fans can expect?

What can you hint about your next project?

LJ: I just have to finish the songs right now. They’re still in demo mode, and I just have to get the final touches on them. So like backgrounds, harmonies, ad-libs, go in with the strings, go with the trumpet. Add guitar licks here and there, add some piano chords. This next round of music is going to be a bit more rhythmic, so you’ll be able to like move a little more to it. It’s still introspective though. I’m still talking about my feelings. 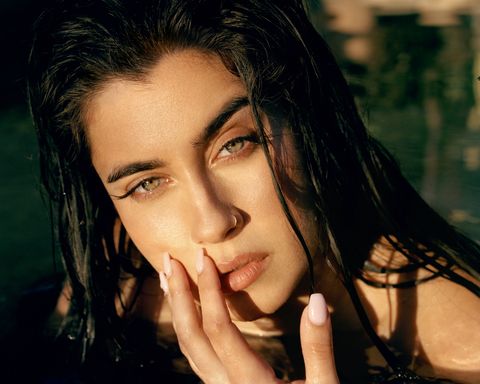 You’ve been incorporating both Spanish and English into your projects. Will fans see that this time around too?

LJ: I’m thinking about it. I don’t think so in this project, but in upcoming projects, absolutely. I’m going to be exploring Spanglish energy my whole career. It’s part of my energy as a person, so it just kind of naturally made its way into my art. I feel inspired by contemporaries like Kali [Uchis] and Jessie Reyes that are doing the same kind of thing where they express their both-ness.

Any special message you want to share with fans?

LJ: Just thank you. Thank you for supporting the dream and thank you for being here and and feeling me, because the fact that you resonate with what I’m doing is the most validating thing that could possibly happen.