Over 12 hours this festival, produced by Lyle Chan and the City Recital Hall, presented more than 20 hours of new music, and that's not counting the foyer installations, video projections and a continuous performance by audience members of Erik Satie's Vexations, on whose score the composer gave enigmatic advice on preparations for playing it 840 times. 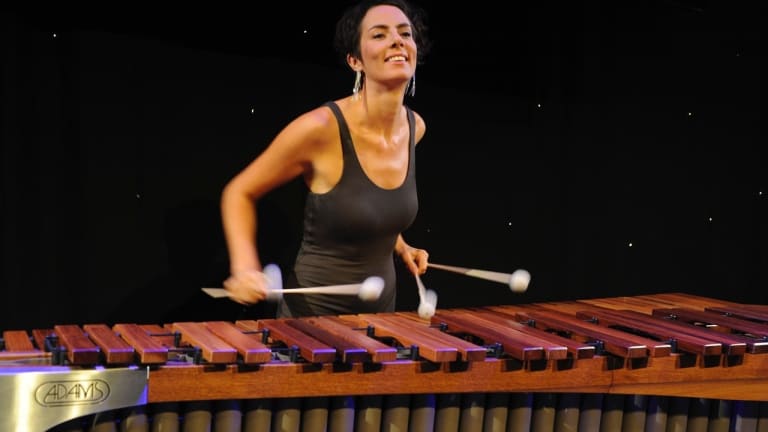 In the main auditorium, the Elision Ensemble presented Richard Barrett's world-line, its title drawn from a term in physics that describes the path of an object in four-dimensional space-time.

The work mixed slabs of distorted sound from lap guitar, with fractured sonic fabrics from piccolo trumpet, percussion, electronics and flugelhorn that seem continuously to explode away from the frames of reference one uses to bring order to things.

Barrett's music is always difficult to parse, which is perhaps what gives it its intriguing interest.

Preceding this was a lap-guitar work by Aaron Cassidy in the "howl" tradition of Ginsberg and Hendrix and a quiet solo violin piece by Liza Lim titled The Su Song Star Map.

They concluded with a taut, concentrated performance of Reich's major work Double Sextet, with an arrangement by Claire Edwardes for xylophone and vibraphone (with pre-recorded tracks) of the same composer's Vermont Counterpoint.

The main auditorium component of the festival concluded with the hyperactive, stylistically eclectic music of New York's Bang on a Can All-Stars.

David Lang's Cheating, Lying, Stealing was morbidly repetitive, not to mention topical, while Michael Gordon's Gene Takes a Drink took a Baroque-style chordal arpeggiation on the cello, and spread it out stylishly to other instruments.

After Philip Glass' Closing, Steven Martland's Horses of Instruction characterised the aesthetic of the group and the event by, in clarinettist Ken Thomson's words, grabbing influences from different places and taking control, to create a work of driven energy and outrageous quirkiness.

The above is but a sample of the adventures of a day. May there be many more.