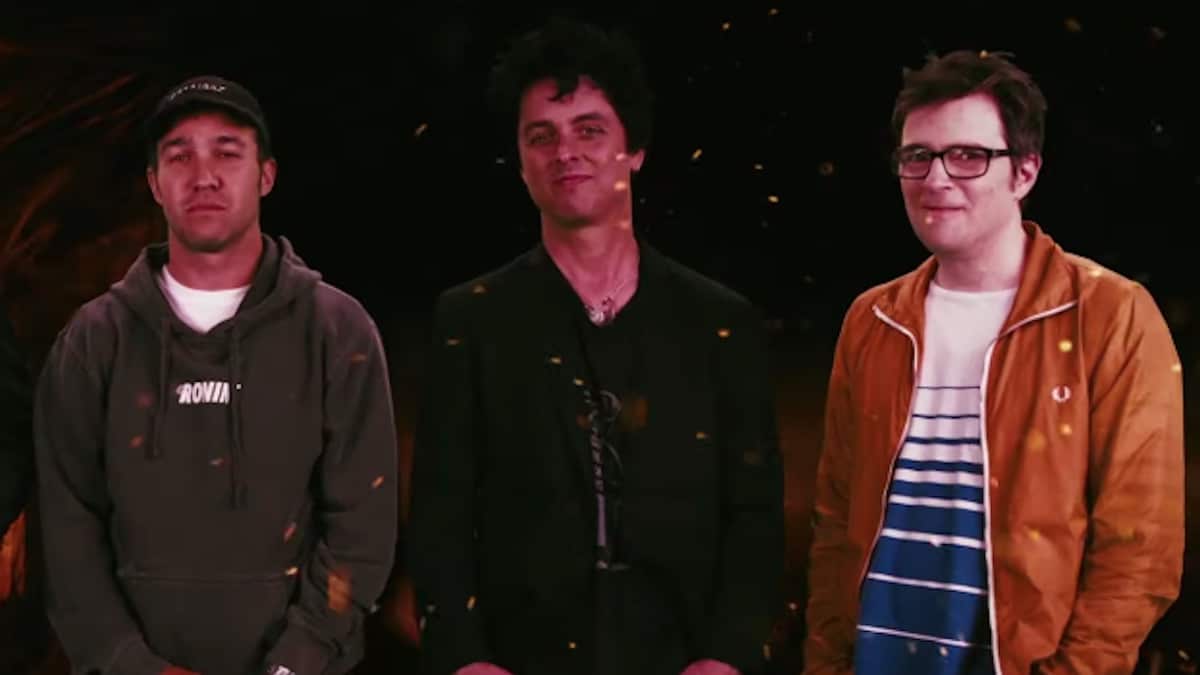 An announcement of such grand importance required a huge guest star to help with the reveal. For that, Green Day, Fall Out Boy, and Weezer called in none other than “The Nature Boy” Ric Flair. The professional wrestling legend delivered the news of the Hella Mega Tour with flames erupting behind him and a lead member of each group.

In the epic promo, Flair mentioned there will be “Bright lights, big cities, and pretty ladies!” The Nature Boy also added, “They’ll be jet flying…girls, you know that all night long they’ll be kiss stealin’…2020, the Hella Mega Tour!”

The big event will not only feature headlining acts Fall Out Boy, Green Day, and Weezer but also bring along The Interrupters once the tour hits the United States. The Hella Mega Tour dates start with a June 13, 2020 show in Paris, France’s La Defense Arena and then move to Groningen, Netherlands the next day at Stadspark. On June 17, they’ll be at the Antwerps Sportpaleis in Belgium.

Here are more details on the groups’ big announcements for world domination in 2020.

The tour won’t officially hit the United States until July 17, 2020, when it arrives at T-Mobile Park in Seattle, Washington. Hella Mega Tour dates in the U.S. will be spaced several days apart with their next stops in San Francisco, San Diego, and Los Angeles.

So the Hella Mega Tour doesn’t kick off for almost a year, but there’s already an official website where fans can get ticket details. View the latest tour dates or ticket information on the HellaMegaTour.com website.