Fast and Furious star Jason Statham has spoken out after a crew member accused him of using homophobic slurs while filming the 2015 film Wild Card.

According to The Mirror, a crew member alleged that Jason used the term ‘f**king f**s’ during a heated conversation.

In a statement posted to Facebook, the actor declared that although he has “no recollection” of making offensive comments or using such language, he apologises to the LGBTQ+ community.

“Someone approached me claiming to have a tape of me using terms offensive to the LGBTQ+ community during a conversation I had with my producing partner, on a movie set five years ago,” the statement read.

“I have no recollection of making any of these offensive comments. However, let me be clear, the terms referenced are highly offensive. If I said these words, it was wrong and I deeply apologise.”

Adding that the words used do not reflect how ‘he feels about the LGBTQ+ community’, Jason continued: “While I cannot fix what was said in the past, I can learn from it and do better in the future.”

Digital Spy has reached out to Jason’s representative for further comment. 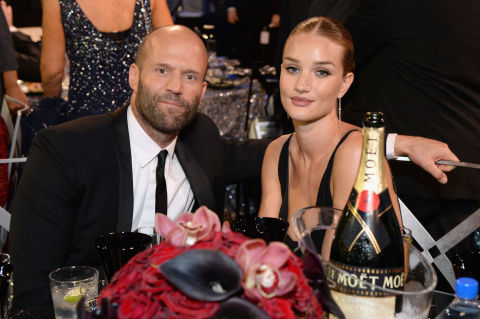 As well as his own spin-off with Fast and Furious co-star Dwayne Johnson, Statham has another movie in the pipeline, disaster movie The Meg.

Hollywood’s answer to Sharknado, The Meg follows Statham has he tries to take on a 75-foot shark known as the Megalodon. Yes, really.