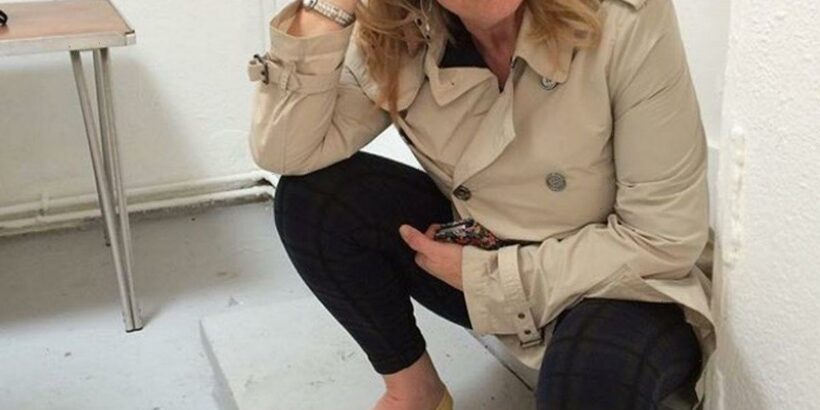 Fern Britton has revealed the rather unusual reason why she ended her first marriage to ex-husband Clive Jones.

The television personality, who has previously presented This Morning, passed a Mensa test which led to the divorce.

She passed the intelligence test, which tests and predicts the user’s IQ, while Clive failed.

The former Strictly Come Dancing star admitted: “He had this degree and I don’t. I secretly went off and did the Mensa. I lied, I said I was going somewhere else and it took a day to do this test. I passed and quite well, too.”

She continued: “Then he was furious, so he did it because he’s got a huge brain, but he’s not a problem solver and he didn’t get it. So an immense rift opened.”

The “rift” meant that the pair eventually decided to go their separate ways and she split from Clive, who is the father to three of her children, in 1998 after 10 years of marriage. Fern also revealed that she was unaware of how intelligent she was until she received the results of the Mensa test, which confirmed her high IQ level.

Despite her high scoring test and obvious intelligence, Fern has opened up about suffering with imposter syndrome even though she has achieved huge success and written ten books since she left ITV’s This Morning back in 2009. Britton said she believed she could have hosted Newsnight and admitted: “Some people think: ‘Oh, she’s too stupid,’ but I’m bright actually.”

Fern was also married to This Morning regular Phil Vickery, who often appears on the show during the cooking segment.

She wed the TV chef in 2000, but twenty years later they split.

Fern also spoke to Lorraine Kelly about her presenting career and admitted that she misses her old role. The former presenter said that she “loved the job” but “didn’t like all of the attention,” then joked that if she was still presenting, she “wouldn’t be able to go out with a stupid scarf on like a big fat olive on legs”.

The ex-Strictly star joked that it was “different in the olden days” while Lorraine commented that she “looked fantastic”.