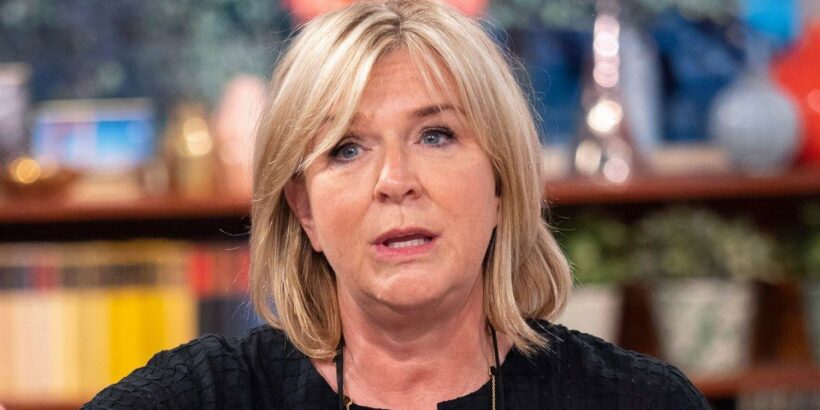 Fern Britton has revealed Frank Bough once boasted to her about the size of his manhood and said: “I wonder how long it’ll be before I’m having an affair with you”.

The ‘astounded’ television presenter had just joined the BBC’s Breakfast Time team in the early 1980s when co-presenter Bough made the comment.

Veteran Frank also told her, ‘I have a very big c*ck’ – which 64-year-old Britton admitted was ‘apparently accurate’ according to what she had heard.

She added the comments, though unpleasant, did toughen her up.

Speaking on the Postcards From Midlife podcast, mother of four Fern said: “All those men I worked with, some are better than others. “Eamonn Holmes is a dream – Frank Bough was difficult. Shall I tell you a rude story?

“When I joined breakfast time in 1982 or 83, I was either the newsreader or presenter with Frank.

“I was the stand in, so whenever anyone was off I would stand in.

“So I would present the programme with Frank, and he didn’t like me at all, really. He wasn’t exactly the friendly uncle that he made out.

“When I first joined the programme I was taken out to lunch by the whole team at a lovely restaurant in London.

“We got to the bit where we’d had pudding and everybody was lighting up a fag, because that’s what you did.

“Frank was sitting next to me and he leant back in his chair, looked at me and said, ‘Well, I wonder how long it’ll be before I’m having an affair with you – because I do have a very big c*ck’.

“On hearsay, apparently he was accurate on that point [of him having a very big c*ck].

“Anyway, he hated me by the end.

“He really disliked me and I had a rather rough time on that programme.

“It does toughen you up, but it’s amazing what you pull yourself through.”