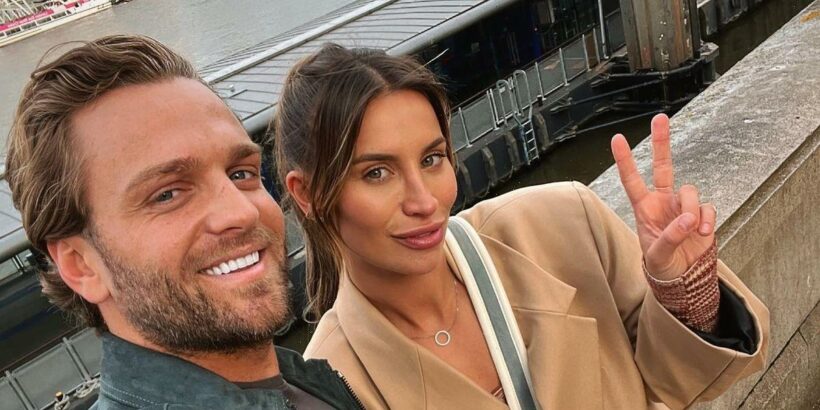 Ferne McCann and her boyfriend Lorri Haines are clearly more loved-up than ever just months into their relationship.

The couple have only been dating since January, but it seems they're still firmly in the honeymoon period with the duo appearing head-over-heels for one another and sending a constant stream of sweet texts.

Ex TOWIE star Ferne, 31, confirmed her romance with Lorri in a joint post on Instagram where the pair posted a loved-up photo together and captioned the snap: "When you know, you know."

Their whirlwind romance has captured all the sweet aspects of their new relationship, and Lorri had no problem with sharing it with the world.

Sharing a photo of their direct messages, Lorri posted a message from Ferne which read: "I'm still as obsessed with you. I can't wait to spend just some one on one time with you baby."

He responded: "Yea me too. You are my world. Seriously you are."

As Lorri shared the post he wrote :"Any other couple's DM like this? Non stop to each other."

The pair have appeared nothing but head over heels for one another, and even pals have noticed them growing closer than ever as friends are convinced they could take the next step imminently.

A source recently told OK! that the duo are "so in love" and they "wouldn't be surprised" if Ferne has a ring on her finger some time soon.

The former TOWIE star previously told the same publication that she knew Lorri was the one immediately after meeting him.

She said: "I've never felt that before. He is handsome, charming and charismatic, but he's also very kind and measured, very balanced and grounded – and I'm really attracted to that."

Lorri recently celebrated his 31st birthday with Ferne in London.

He wrote: "31 today… here's to another year in this world, this year and every year after, I now also get to spend it with these two special people."

The post saw him posing with Ferne while also sharing a series of clips with her daughter Sunday.

Pals immediately gushed over the happy couple as they shared in the celebrations and sent well-wishes.