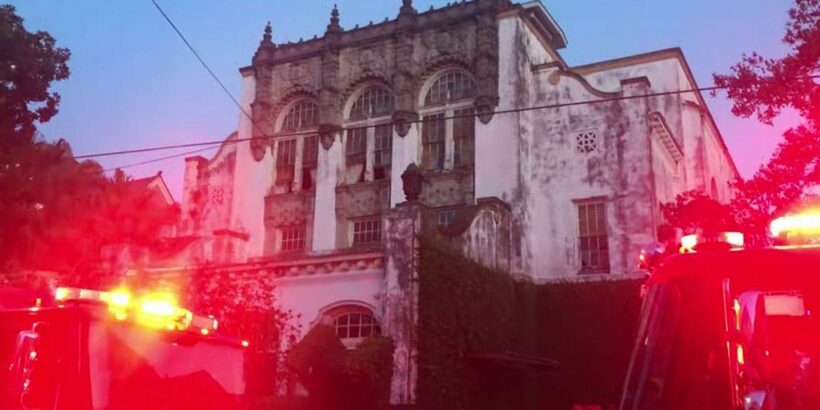 A fire that broke out at mansion believed to belong to Beyoncé and Jay Z is being investigated as possible arson.

New Orleans Police Department confirmed that there was a report of a suspicious person in the area on Wednesday around 6.20pm, when the fire was believed to have broken out.

According to Nola.com firefighters found books inside of an oven and a gas can was also discovered on the property.

A neighbour told the website that police believe that someone broke into the home shortly before the fire. “Inside the house, I’ve never seen any activity in the two years I’ve been here. No activity at all,” another neighbour said.

It took 22 firefighters just over two hours to extinguish the fire in the Garden Disrtict of the Louisiana city.

August Arther said: “I was walking around the corner with my dog… and I saw a lot of smoke coming out.

“My neighbour around the corner, she saw a dude jump over the fence on the backside of Harmony and Eigth.” Agents from the Bureau of Alcohol, Tobacco, Firearms and Explosives were seen at the property today.

"If they didn’t get there when they did, it could have been much worse. It’s a historic home," a fire department spokesperson told the New York Post.

According to The Mirror the stunning home, worth a reported £1.75 million ($2.4 million) has been owned by a management company, named Sugarcane Park LLC, since 2015 – Beyonce's mother Tina Knowles is the manager of the company.

It has six bedrooms, six-and-a-half bathrooms, and spans 15,200 square feet. Realtor.com claims that the eye-catching property was first built in 1927 as the Westminster Presbyterian church.

The site says that before it was transitioned into a home in 2000, the building was used by a ballet company.

It is understood that the A-list couple have never lived at the property since it was purchased.