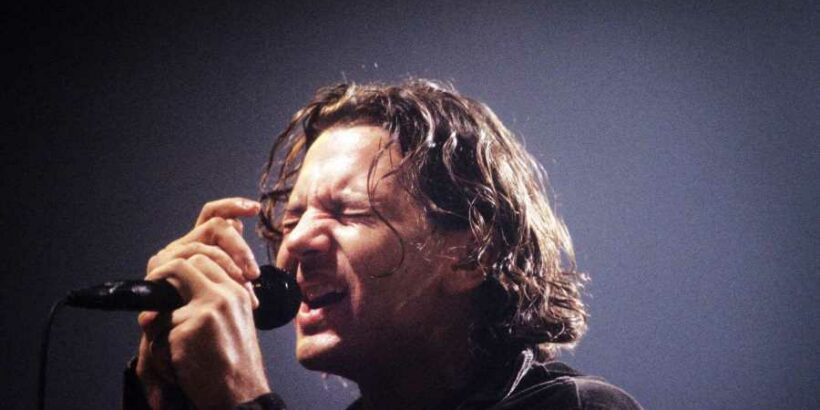 Last Friday marked the 30th anniversary of Pearl Jam’s Ten, causing many Generation X–ers to reflect on their lives and lament the cruel passage of time. Less remarked upon was the fact that that day was also the 25th anniversary of No Code. The 1996 LP was the band’s first release of the post-grunge era and it generated a fraction of the attention of Pearl Jam’s first three albums, but many hardcore fans consider it one of their best works.

Pearl Jam supported No Code with an American tour in the fall of 1996, but they were still refusing to play Ticketmaster venues at this point and were forced to hit remote halls like the American Legion Memorial Stadium in Charlotte, North Carolina, and the Augusta Civic Auditorium in Augusta, Maine. Fans had extreme difficulty scoring seats via the alternative ticketing networks, and the whole thing was such a fiasco that they simply gave up and started using Ticketmaster again when they came back for the Yield tour in 1998.

The 80 Greatest Dylan Covers of All Time

The North American No Code tour ended with two nights at Neil Young’s Bridge School Benefit at the Shoreline Amphitheater in Mountain View, California, where they shared the bill with Pete Townshend, Patti Smith, David Bowie, Cowboy Junkies, and Neil Young and Crazy Horse. Here’s video of the No Code gem “Sometimes” from the first night.

To celebrate the 30th anniversary of Ten and the 25th anniversary of No Code, the band recently dropped remixed, digital-only versions of both albums. “No Code almost sounds like it was intended to be an immersive album,” producer-engineer Josh Evans said in a statement, “experimental layers, nuance, and raw aggression are all amplified and expanded in a simultaneously bigger and more intimate experience.”

Pearl Jam haven’t played in public since their September 4th, 2018, show at Boston’s Fenway Park. They were supposed to launch an extensive tour in March 2020 in support of Gigaton, but the pandemic shut down the live-music industry days before the kickoff show at New York’s Apollo Theater. They have no plans to tour until next summer, but they are headlining the Sea.Hear.Now Festival in Asbury Park, New Jersey, on September 18th. They’re also doing three nights at the Ohana Festival in Dana Point, California, in late September and early October.

Many of their peers are on the road right now, but they decided to be cautious. “We’re jonesing to do it,” bassist Jeff Ament recently said. “And most of the shows that we have to make up for — the two legs: the European leg and the U.S. leg — most of those shows, they’re indoors. I just don’t know if I wanna go out and do 30 shows where you’re checking vaccination cards. Hopefully we can be smart enough that, again, we can just turn a corner and, by March, we’re rocking and everybody can feel good about traveling and getting 20,000 people into a space.”