The following is based on a true story. That is to say, there's just enough reported fact, hearsay and dramatic licence for a really good scene in Rumours: The Fleetwood Mac Story, a future Hollywood biopic doubtless being written by someone, somewhere as we speak.

Buckingham: "Babe, that monologue was longer than the super deluxe collector's edition of Tusk!"

Buckingham: "Sigh. Been down one time, been down two times …"

John McVie: "Anybody wants me, I'm in the hot tub!" 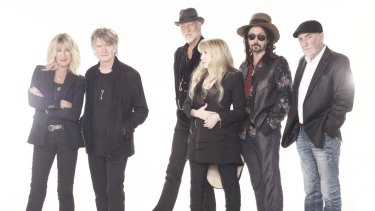 As the music cue kicks in — "I can still hear you saying/ You would never break the (never break) the chain" — the subtext is clear: the music of Fleetwood Mac is bigger than the soap opera. It will outlive the "classic" Rumours line-up the world knows and loves, and it will outlast all who came before and after.

The mysterious termination of Buckingham's tenure early last year is certainly a loss to the band. But on strictly musical terms, there has been little dissent about the latest of the personnel additions that have characterised the Anglo-US rock institution since the late 1960s.

The silver lining to the great songwriter/ guitarist's ousting was revealed when Neil Finn, of all legends, and Mike Campbell of the late Tom Petty's Heartbreakers were officially announced as surprise additions to the Mac's "creative evolution".

With the promise "we’ll be performing all the hits that the fans love", and the obvious bonuses of two exceptional talents and legacies fleshing out the story, the possibilities for a typically massive 2019 world tour instantly seemed pretty exciting.

But pop is more than music. The open book of dramas that has helped define Fleetwood Mac since the torrid romantic entanglements of their golden age is entrenched in the songs. Life and art are literally inseparable. So pry and gossip we must.

"All you have to know, and people have to know, is that it was not a tenable situation," the real-life Mick Fleetwood responds, with a distinct air of mind-your-own-business. "It's fundamentally about just a dysfunctional moment in time that could no longer continue.

"I think both Lindsay and the band have our own private – and [they] will remain private – not interpretations, but knowledge and understanding of … why this happened." 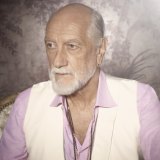 Mick Fleetwood agrees the band’s inter-personal relationships are as much a part of the Mac legend as their albums.Credit:

The "simple answer", he concludes via phone from his home in Hawaii, "is that no one was happy and there was just an impasse of understanding and we don't need to go into any details".

Moving right along, it was a tribute concert for the late Linda McCartney, Fleetwood explains, that first brought him into contact with the post-Crowded House Neil Finn at London's Royal Albert Hall in 1999.

"I was, at that point, not doing a hell of a lot with Fleetwood Mac. He was sort of thinking about what he was going to be doing and I do remember saying, 'You know what, it would be great to be in a band together'."

That seed would take almost 20 years to sprout. Lightsleeper, an album ultimately credited to Neil and Liam Finn last year, features Fleetwood on several tracks recorded over a five-week stay in Auckland.

"That's where we really consummated our strange passing-in-the night friendship, which ironically ended up with what we're doing now," he says.

Campbell, for his part, was connected to the band via the late Tom Petty's longstanding involvement with Nicks — although their mega-hit Stop Dragging My Heart Around has been respectfully absent from set lists so far.

On the mechanics of the induction process, Fleetwood says, "You don't ask Mike Campbell or Neil Finn to audition for a job. But in good humour, both of them said, 'I get it, we've got to come [to Hawaii] and we've got to play'.

"We played a whole bunch of Fleetwood Mac stuff. We banged out some blues jams. Just a bit of everything, really. We were in a little theatre here and no one knew we were doing it.

"I don't think they'd have got on the plane and come here unless they had a vision that this might very well work. And it did."

The "style of the players is always the prerequisite", he says of the band's longstanding revolving door policy, which has generated numerous incarnations since the name first evolved out of John Mayall's Bluesbreakers in London in 1967.

"The style of Mike, and the style of Neil, comes in and reinterprets the songs that we're playing. Hugely. Right now I'm looking forward to the distinct possibility of creating more music … it's really an interesting moment, musically."

And dramatically? As much as he'd prefer to downplay the soap opera aspect, Fleetwood has to agree that the band's inter-personal relationships are as much a part of the Mac legend as their albums.

"It's a Shakespearean play, a Greek tragedy, mixed with Cat on a Hot Tin Roof," he says. "I think we've been a little naive and overly open about being human, [but] there are no regrets and I think it's become part of our history now where people identify with not only the music, but in truth, the fact that we're not perfect.

"The truth, without being too sloppy, [is] there is respect and there is love involved and sometimes that just isn't enough."

Last month, Buckingham's reported heart attack and subsequent vocal cord damage added one further shock to a tumultuous year. While Fleetwood lavishes all due praise and respect on his estranged band mate's legacy, it's those hypothetical new studio horizons with Finn and Campbell that occupy his creative imagination.

"All of these people are very profoundly active writers," he says. "There's no shortage of material, put it that way. And I look forward to that [possibility]. Because I think that would be a page that is well worth turning."