“The power of two people sitting down and singing together just knocks you out, doesn’t it?” That’s Chris Shiflett’s response to Carolina Story’s live performance of “We Were Young Once Too,” which fills the final moments of the duo’s appearance on Walking the Floor. As longtime partners onstage and off, bandmates Ben and Emily Roberts shine a light on their deep-seated bond throughout the podcast, finishing each other’s sentences during the first half and, later, swapping close harmonies over a single acoustic guitar.

Today’s episode marks one of Walking the Floor‘s final installments of the year, and we’re celebrating by upholding our biweekly tradition of rounding up a few highlights and premiering the podcast in full. Listen to Carolina Story’s interview after the jump.

Ben Roberts grew up splitting his time between music and sports.
Even before he played football at Assumption College, Roberts made room in his schedule for the arts and athletics, striking a rare balance as a teenager. “It was always weird, toeing that line, playing sports and also being in bands,” says the songwriter, who played with a local band throughout his high-school years. “I had friends in every little circle and clique.”

When the future husband-and-wife duo met in college, it wasn’t exactly love at first night.
“He was obnoxious,” remembers Emily Roberts, who first crossed paths with Ben on August 3rd, 2007. “It was a turnoff. ‘You’re trying too hard,’ you know? I also was on this path of music, and I thought he was going to ruin that if I got involved.” To win her over, Ben began learning songs by Emily’s favorite artist, Brandi Carlile, and offered to back her up during live performances. The trick worked, and the two have been together ever since.

A decade after that first meeting, the two found themselves in a recording studio in Nashville, kicking off the tracking sessions for their first label-sponsored album.
“Once the record deal happened, and we got a plan together for this album, we assembled there at the studio in Nashville,” says Ben, nodding to the band’s current affiliation with the Black River Americana label. “We were getting ready to record ‘Lay Your Head Down,’ which is the first song we recorded for the album. I looked down at my phone, just as we were getting ready to strike the first note, and it was August 3, 2017. Ten years, almost to the minute, [since] we’d met at a parking lot in Memphis.”

Carolina Story had nearly called it quits the year before. Ben and Emily had started a family and made an effort to spend more time at home, with Ben beginning a new career as a teacher. It was the Black River label that brought them back from the break of disbandment, and it was the August 3rd coincidence that helped remind them to keep pushing forward. 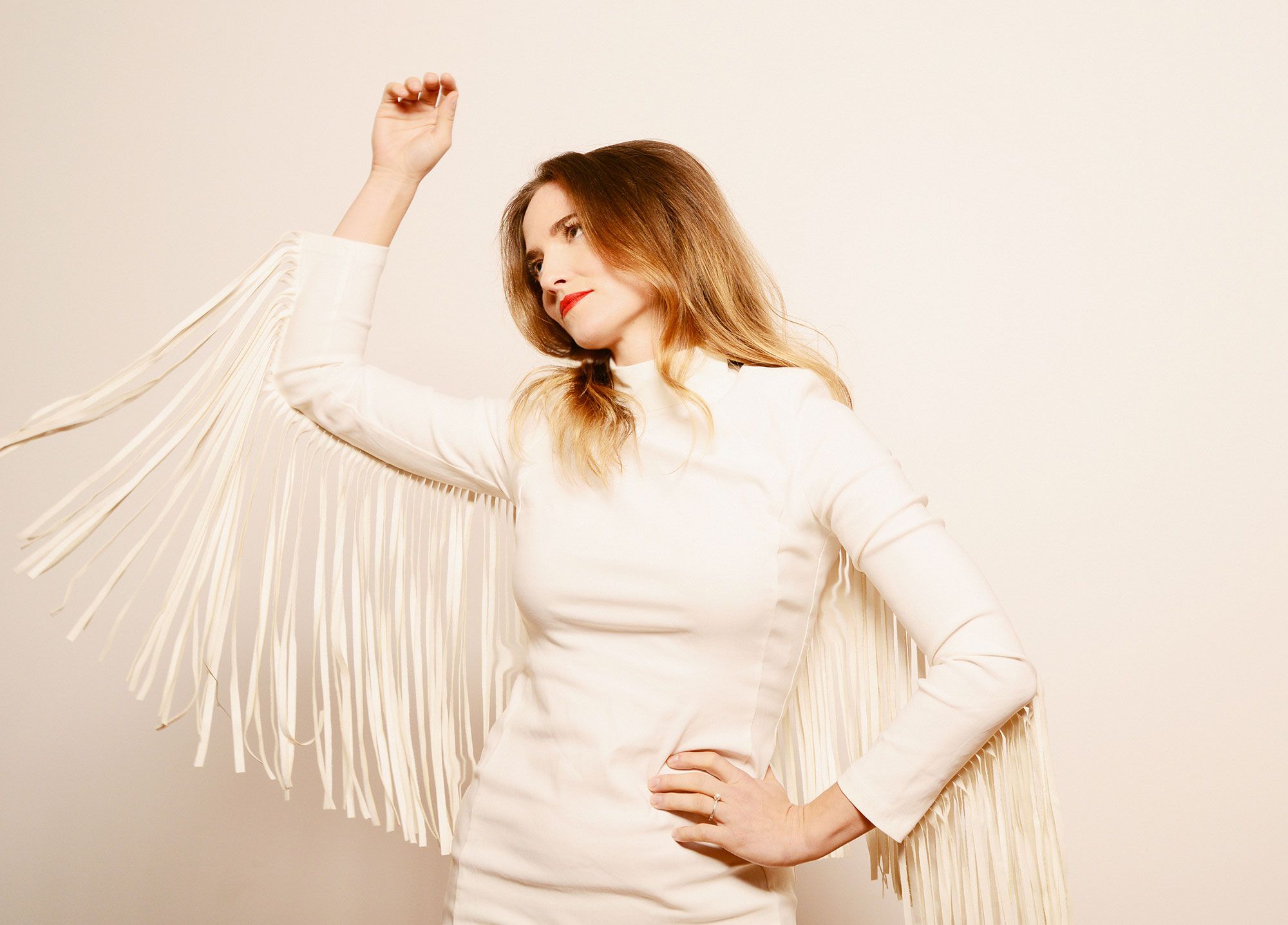 “So far,” Ben adds, “since the band has been brought back from the dead, so to speak, there’s been all these little nudges from the universe, that are like, ‘Hey, you gotta keep going.’”

Ben taught creative-writing classes during the years leading up to the band’s first record deal, drawing parallels between the classroom and the stage along the way.
“I think it’s helped me as a writer,” he says of the job. “They pretty much let me make our own curriculum, which is kind of mind blowing, [since I’m] this longhaired dude who doesn’t have a teaching degree, you know? We would break down songs. I’d have them breaking down Bob Dylan, ‘Forever Young.’ I kind of got to learn and research myself, too. It was really cool to impact young kids in that way, and turn them onto the music that impacted me.”

Their biggest honor to date? Playing the Grand Ole Opry.
“The first time we ever were at the Grand Ole Opry, we went on a tour with my parents,” Emily remembers. “We did the whole tour. I remember my mom saying, ‘Ben and Emily, go stand in the sacred circle,’ because they let you do that at the end. And Ben was like, ‘Nope. Not gonna stand in the circle until they ask us to play.’” Years later, they received an invitation to perform on the Opry, a bucket-list gig they’d later repeat during the month of Lay Your Head Down‘s release.