Greta Kline is sitting outside a coffee shop in Park Slope, Brooklyn, talking about her band, Frankie Cosmos, when she stops to document her meal. “I take a picture every time I eat food that’s completely tan,” she explains, angling her phone over an English muffin with butter, a combo that really appeals to her. “I have a really bad diet, and I think it’s funny.” Later, she’ll post the picture to her charming all-tan-food Instagram account, @tan_feed.

This is what it’s like to hang with Kline, who at 25 just might be the nicest indie musician of her generation. Wearing a Harry Potter Deathly Hallows charm around her neck, she gives long, thoughtful responses to questions, which usually end with her nervously telling me she was kidding. This personality inevitably trickles into her music, making for a sincere yet whimsical style of songwriting. “Does anyone wanna hear the 40 songs I wrote this year?” she sings on “41st,” a hazy dream-pop track from the band’s new record, Close It Quietly. “Had a dream based on reality/You were being really mean to me.”

This songwriting style has remained consistent throughout Kline’s career, from her early days uploading songs on Bandcamp from her bedroom under names like Ingrid Superstar and Zebra Fur to releasing revered indie records as Frankie Cosmos. Close it Quietly, the band’s fourth proper studio album and second since signing with Sub Pop in 2017, consists of 21 concise pop gems that rarely top two minutes. “This is the pared-down version,” Kline laughs. “And it’s not even that long! My songs are really short.” Many of the songs were written at different periods in Kline’s life — the oldest one, “Actin’ Weird,” first appeared in an earlier form on 2014’s self-released Affirms Glinting. “It’s always hard to talk about [the album] as a whole, because I feel like it’s all over the place,” she says. “The thing that makes it cohesive is my personal relationship to it.”

Kline writes in short, creative bursts, piecing together songs from notebooks over time or dashing them off in one sitting. She perfects the lyrics before she takes them to her bandmates — keyboardist Lauren Martin, bassist Alex Bailey, and drummer Luke Pyenson — and almost never makes changes once a song is written. “I’m very pure about what I think it’s supposed to be,” she says. “I’m trying to capture the moment that I was writing it.”

Recorded over the course of ten snowy days in February at Brooklyn’s Figure8 studio, Close It Quietly was made with more equipment than the band was used to, including a variety of guitars and pedals. “This is the first album where we knew while we were making it that it was going to be Sub Pop,” Kline says, “In that way we got to actually use their money, which had a big effect on it. We’ve always been decidedly not gearheads, but now we kind of are.”

Kline began writing songs when she was 11. Although she grew up with famous parents — actors Phoebe Cates and Kevin Kline — she didn’t feel like they were celebrities, though they certainly did their best to help jumpstart her career. “I remember at a certain point my mom was like, ‘Your songs are so good. We should go to L.A. and stay with our friends and you should record in their studio and make a really nice album,’ and I was like, ‘That feels wrong,’” she says. “I think I would have been fucking bulldozed if I had worked with a producer when I was, like, 18. I just wanted to do it the normal way.”

Maine helped come up with Frankie Cosmos’ name (an homage to the poet Frank O’Hara), played drums in the band’s early lineups, and even added their Bandcamp account to his Facebook, which attracted thousands of listeners. Because their relationship lasted for several years, many of the songs that ended up on Close It Quietly stem from that period. “There’s definitely songs on this album that still feel stuck in this relationship,” she says, “which is a little weird.” 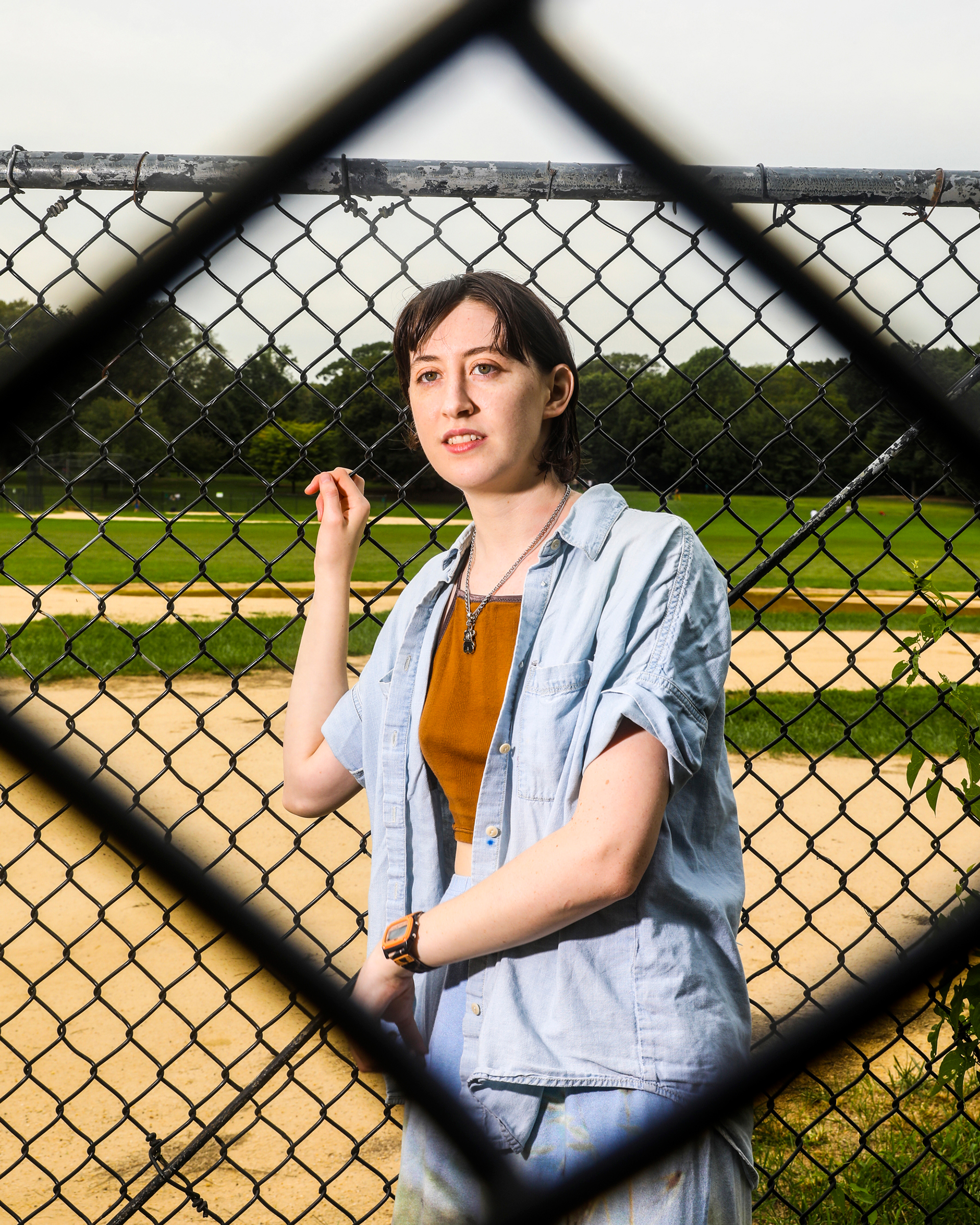 Close It Quietly marks the introduction of bassist Alex Bailey, who replaced David Maine after 2018’s Vessel. “He changes the sound a lot,” Kline says. “We’re really good at collaborating now. Over years of working together, you start to develop your musical language and figuring out how to describe what you want someone else to do.”

If one aspect has remained constant in Frankie Cosmos, it’s Kline’s delicate, distinct delivery of her lyrics, using her natural singing voice. “I feel like there’s only three ways professional female singers are allowed to sing,” she says. “You can be Norah Jones or you can do Adele. But the other option is you can be like Joanna Newsom and just sing like yourself. That’s the kind of music I always gravitated towards.” She’s remained wary of outside commercial influences as her band has grown more prominent: “I was just thinking today that listening to bad pop music in an Uber could ruin your band,” she says. “Like, we had to take an Uber because we were running late today, and I was like, ‘If we took an Uber to practice every time, our band would become Mumford and Sons.’”

Kline cites Big Thief as an example of a contemporary indie band she could imagine scoring a radio hit, mostly because lead singer Adrianne Lenker’s voice is “perfect” and because “every single person on earth” likes their music. She can’t say the same for Frankie Cosmos. “We’re not the most listenable band — either like it or you don’t,” she says. “I just always hate the idea that it’s shoved down anyone’s throats. I don’t want people to have to be stuck listening to Frankie Cosmos the way I feel stuck listening to, like, Ed Sheeran.”

Kline has been on tour supporting Close It Quietly since September, playing to bigger crowds that make her feel both nervous and validated. (When I ask her the best part of performing, she quickly says, “I want to say having a lot of attention…that sounds so obnoxious!”) For a musician who’s been touring more or less constantly since she was 19, she isn’t sure what next year holds. “I want to see if I can make [performing] feel like a choice, if I would still choose it,” she says. “Or if I’d want, I don’t know, [to] go to college and do something else.”

Five years after their first album as a band, Kline feels Frankie Cosmos have grown into something bigger than her. “A lot of people call me Frankie, sometimes even after I’ve told them my name is Greta,” she laughs. “But it feels like this band is more than a person. Frankie Cosmos is all of us.”