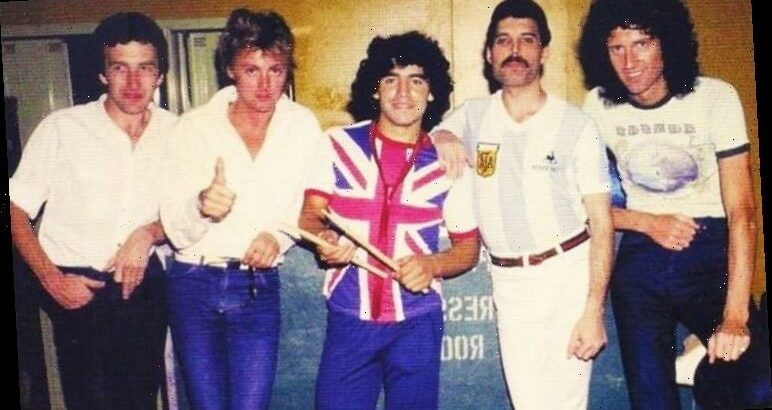 Back in 1981, Queen headed off on a tour of South America to promote their new album The Game. A particular highlight for the band was the incredible enthusiasm from fans in Argentina. During one show there, a 20-year-old Maradona helped introduce Freddie Mercury and the band before they all hung out with the football star backstage.

La 100 has looked back at the iconic meeting in a special YouTube documentary on the 40th anniversary of Queen in Argentina.

British and American fans watching can put auto-subtitles on in the video below.

The short film recounted how Freddie came out on stage wearing the Argentine national team football shirt to introduce Maradona.

You can hear the late Queen singer saying to the crowd of adoring fans: “I’d like to introduce a friend of yours and ours tonight. I’m sure you all know him, Maradona!” 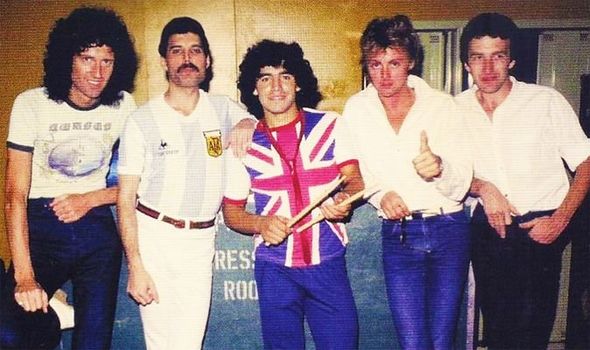 Maradona came out on stage to introduce the next song and said in his native tongue: “I want to thank Freddie and Queen for making us so happy. And now Another One Bites the Dust!”

“The fact that his talent could take him so high in the whole world. An enormous inspiration to people.”

While Queen drummer Roger Taylor added: “We were very delighted to meet him, for him to introduce us and sort of give us his seal of approval. That was fantastic for us.” 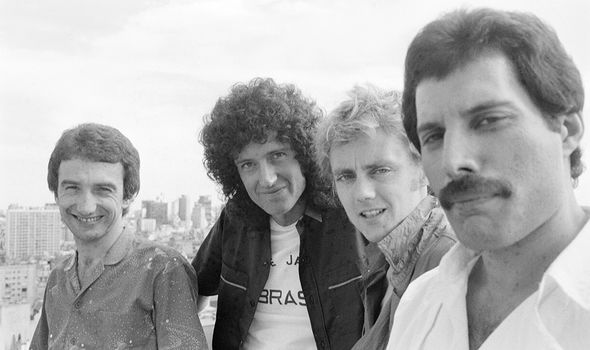 Maradona sadly died of a heart attack last year at the age of 60 and both May and Taylor paid tribute.

The Queen guitarist shared a photo of the football star with Freddie and the rest of the band backstage at the Buenos Aires concert on that tour.

Writing on Instagram, the Queen guitarist wrote: “Half Angel, Half Devil, they said … and all genius. Greatest Of All Time ? I wouldn’t know. But a wonderful talent.”

The 73-year-old said how Freddie and the band had really enjoyed spending time with Maradona at the concert.

Maradona was pictured wearing a Union Jack T-shirt in support of the British musicians, while Freddie was in the Argentine football top as previously mentioned.

May continued: “He came on stage with us, to a massive roar. And that’s my T-shirt he’s wearing here … bless him. RIP DIEGO MARADONA.

“Too young. So sad. Wish I could have got my heart specialist to him to save him like I was saved. Bri.”

At the time, Taylor shared another picture of the same photoshoot with Freddie holding his arms outstretched.

Roger Taylor wrote in his tribute post: “RIP Diego. Memories of our first show in Argentina where you introduced our show.”

Deacon has been retired and totally out of the public eye since the mid-1990s, while May and Taylor keep Queen on the road with Adam Lambert.

No doubt both anniversaries will have suitable tributes and celebrations as 2021 goes on.