As anticipation for the final season of Game of Thrones simmers nicely in the back of our minds, the cast of the show got together today (June 23) to celebrate the coming together of two great families, the Haringtons and the Leslies.

The couple officially tied the knot at the actress’ family’s castle (yes, her family own their own castle) in Wardhill, in Aberdeenshire, Scotland. 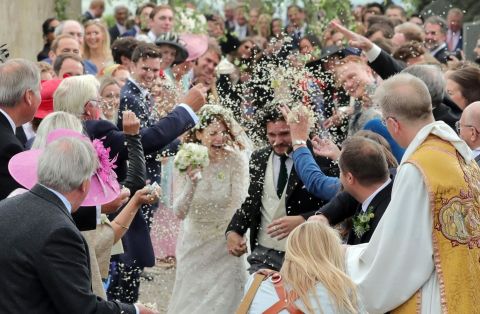 Having played onscreen lovers Jon Snow and Ygritte in HBO’s fire-breathing epic, fans of the show will be glad that their story had a happy ending.

Many of Westeros’ finest were in attendance with the likes of Emilia Clarke, Peter Dinklage, Sophie Turner and Maisie Williams all on the guest list, alongside Watchmen actress Malin Akerman and Ben Aldridge. 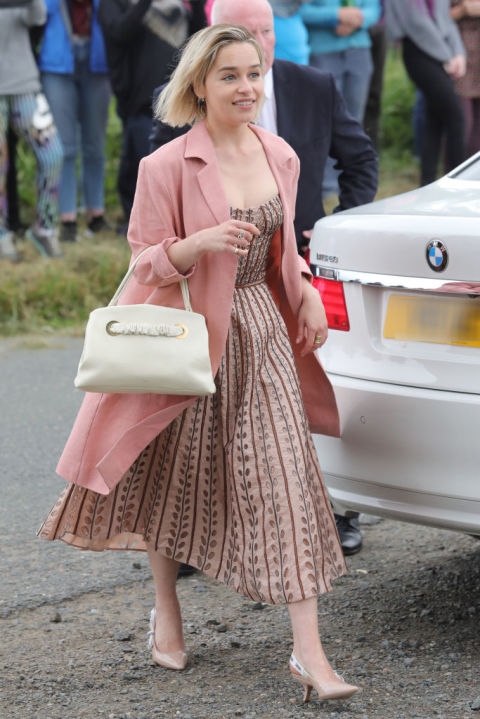 [Emilia Clarke arrives at the wedding]

The ceremony was held at Rayne Church in the village of Kirkton of Rayne. With 200 guests invited, the reception was then held at the 12th century castle.

The couple didn’t reveal too much about their wedding before the big day, though it was rumoured earlier this year that the couple we set to tie the knot this month. 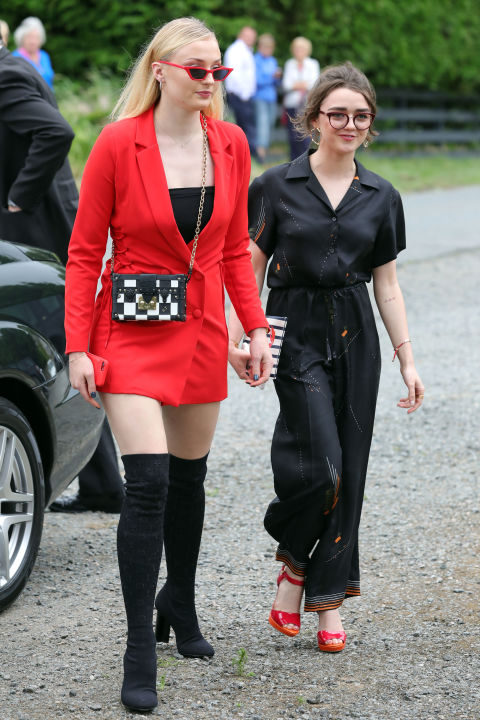 [Sophie Turner and Maisie Williams were in attendance]

Harington previously spoke out about the proposal, revealing that he just couldn’t wait to pop the question.

“I did have some plans to do it, I was going to string up some lights in some trees and do all the romantic stuff but we were in the country and we were under this beautiful night sky and had a log fire burning and red wine and I blew my load early. 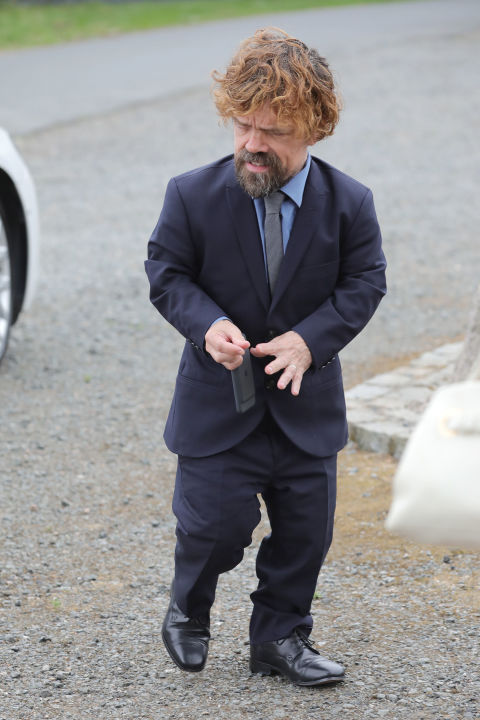 [Peter Dinklage was on hand to wish the couple well]

“I was meant to do it the day after with the lights,” he then clarified. “What I meant to say was, I popped my question a bit early. Not blew my load.” Good. 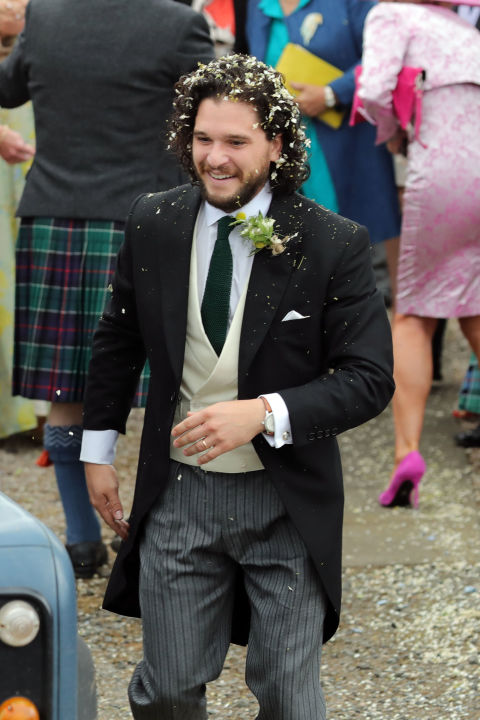 [Kit was spotted smiling after the confetti throw]

Game of Thrones returns in 2019. The show airs on HBO in the US and Sky Atlantic and NOW TV in the UK. Season 7 is now available to buy on DVD, Blu-ray or digital download.