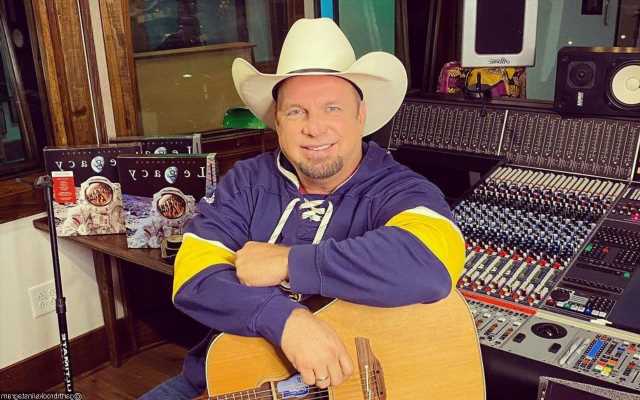 The ‘Friends in Low Places’ crooner admits he felt apprehensive about public’s reaction to his music comeback after taking a break following divorce from first wife.

AceShowbiz -Country music superstar Garth Brooks was “scared to death” about returning to music after more than a decade away from the spotlight.

The “Friends in Low Places” singer took a step back from his career in the early 2000s to focus on raising his kids following his 2001 divorce from first wife, Sandy Mahl.

Although he still staged a few performances here and there, it wasn’t until the release of his 2014 comeback album, “Man Against Machine”, that Brooks made his official music return, and he admits it was a terrifying time.

Crediting his fans and peers for making him feel so welcome, he told U.S. news show “CBS This Morning“, “(I was) scared to death, (but) the people were so sweet.”

“Country is the best place to be. Because, one, you have the most loyal audience there could possibly be, and they will wait for you.”

Brooks, who is now married to fellow singer Trisha Yearwood, has no regrets about the career hiatus, because he always knew he had to put his three daughters first.

“Once children come into the mix, children take the lead. That’s it,” he explained. “They didn’t want to come into this place. It wasn’t their choice, we brought them in. So even though Sandy and I were not going to be able to complete our marriage, we still had our children to raise.”

Brooks also suggested he could have “handled” stardom in a better manner, but everything has worked out for the best.

He said, “A nation watches you grow up, right? So you’re gonna make decisions that you go, ‘Man, I wish I could take that one back.’ “

“But the truth is, now, if changing anything then meant any part of now would change, no thank you.”