Gemma Collins has accused some unnamed friends of feeding information to the paparazzi, saying that she “can’t trust anyone”.

The Only Way is Essex star Gemma has taken to Instagram to accuse some people close to her of tipping off the media to her whereabouts, saying that they seem to care more about money than loyalty to her.

“Really sad that people close to me have tipped off people to find me … Shame when money comes before loyalty … I have all the proof very very upset tonight shame you can’t trust anyone,” she wrote.

Her fans sent her messages of support, saying they are “sending hugs” and accusing the moles of not being true friends to her.

It’s likely that Gemma was writing in response to recent paparazzi snaps of her hitting the beach in Marbella, which saw her photographed while getting a massage.

Gemma’s relationship with her TOWIE co-star James ‘Arg’ Argent recently reached a make-or-break point when Gemma was left with doubts following the couple’s row after their return from Tenerife. 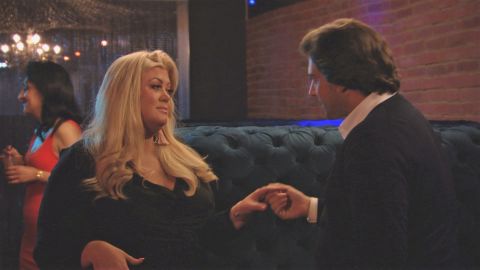 Thankfully, the pair made it up and are now planning on moving to Spain together – so could they be getting their own spin-off show out of it?

The reality TV queen has also been signed up for a stint on Celebrity MasterChef and we’re pretty confident that it’ll be a hilarious disaster.