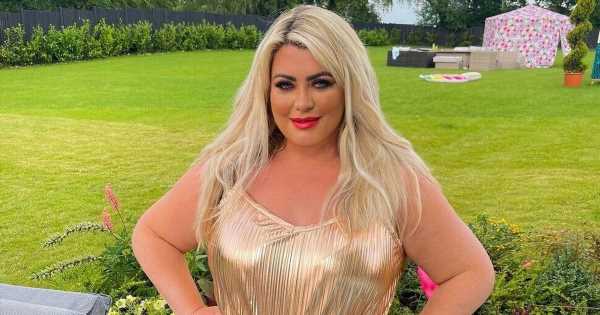 The 40-year-old reality star showcased the dramatic results of her Bio Repeel treatment to fans in a video of herself lip-syncing along to the Mariah Carey classic We Belong Together.

She captioned the video: “"My first ever REEL!!!" as she gushed about her mini weekend break up north: "MANCHESTER I love you !!!! The people are sooooo friendly up here xx"

The treatment peel is said to promote cell turnover to counter the effects of skin ageing and acne scarring.

While the I’m a Celeb star showed off the results of the procedure, fans took to Instagram to comment that the Diva Forever star looked like Real Housewives of Cheshire star, Dawn Ward.

"Why did I think you were Dawn Ward? You do look fantastic," said one fan.

The former Dancing on Ice star was joined by Rachel Lugo from The Real Housewives of Cheshire and Charlotte Dawson with her son Noah at the Innside Hotel in Manchester over the weekend.

Danielle Parkinson was also spotted with her daughter Ruby Jean who she shares with former Westlife singer Brian McFadden.

Gemma commented that she was "buzzing" after a night out at trendy Menagerie bar and restaurant in Manchester City Center, while also dining at hotspot The Ivy at Spinningfields during her staycation in the city.

Gemma has been splashing her cash on a series of luxury purchases lately.

She was recently spotted with fiancé Rami Hawash shelling out an impressive £700 amount on a 24k Golden Tomahawk steak as they dined out at Salt Bae's new restaurant in Knightsbridge, London.

The couple were even served their dish by Salt Bae himself, who has been entertaining guests at his luxury London restaurant since it opened up this week.

"This guy … the most amazing energy," Gemma wrote on Instagram as she shared a video of Salt Bae making her food for her.

The gobby blonde recently treated herself to a brand new Land Rover Defender – with a price tag of £45,000. Gemma revealed the new car on her socials and boasted about how hard it was to get hold of.

This was the second major car purchase for the generous reality TV star after she purchased a Porsche for her brother earlier this year.