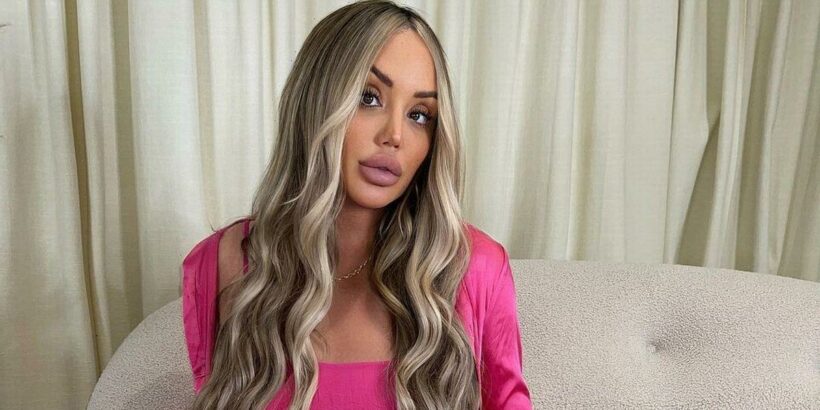 Charlotte Crosby has given birth to a baby girl with boyfriend Jake Ankers, her dad Gary Crosby has confirmed.

The Geordie Shore beauty's dad revealed the news on Twitter, saying that he was "excited for the new chapter in their little family".

In view of his thousands of followers, the proud grandfather penned: "So, officially a grand father! Little girl, all is well. Excited for the new chapter in our little family."

READ MORE: Charlotte Crosby says she will give birth to first child on camera for new TV show

Comments began flooding the post immediately, with many sending their congratulations to the family.

"Congratulations to you all! Hope mum and baby are well," gushed a second.

While a third exclaimed: "Awww massive huge congratulations to all as family. Exciting times ahead. Hope mam and baby are ok."

Charlotte, 32, previously told fans that she had struggled with heartburn and sickness during her pregnancy.

"I feel a mess and really really exhausted mix that with a busy schedule and never being home is just a recipe for disaster," she told her 7.9 million followers on Instagram in June.

"Jake is literally the most caring and attentive human to have ever walked the earth and without him this week I actually would of crumbled."

"To have our little baba in our arms and start our new chapter of family life just makes my heart complete! But pregnancy can be a hard old journey can't it?!"

During filming of the Geordie Shore reunion, Charlotte announced her pregnancy to the Holly and Sophie by handing them a memory book which held pictures from their time during Geordie Shore filming.

As the trio took a trip down memory lane, Charlotte told the girls: "I've saved the best one til last," before revealing her scan photo.

Taking a moment for it to sink in, things got emotional as the girls all started balling their eyes out and embraced in a hug.

The Ex on the Beach star previously revealed that she had suffered an ectopic pregnancy in 2016 when she was in a relationship with fellow Geordie Shore star Gaz Beadle.

When she announced that she and Jake were expecting, she told her fans that she "couldn't be happier".

"A moment I wasn't sure would ever be mine is here," she said.