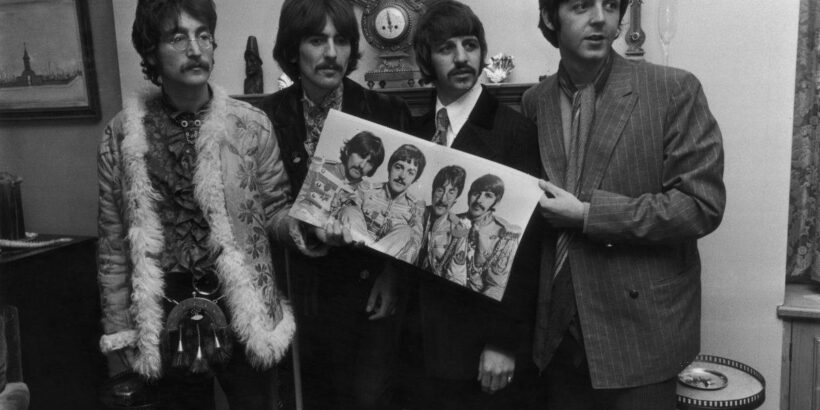 Throughout their time together as a band, The Beatles grew leaps and bounds creatively. They were not the same artists in 1970 as they were when they experienced their first hit in 1962. As John Lennon, Paul McCartney, George Harrison, and Ringo Starr experimented creatively, they found it increasingly difficult to work with others. In an interview in 1967, Harrison said, as soon as other people get involved, The Beatles’ vision always seemed to get mucked up.

The Beatles didn’t appreciate their creative visions being edited

Harrison told Melody Maker that he, Lennon, McCartney, and Starr often got frustrated when working with other people. The band preferred to make all the creative decisions for all of their projects.

“We’ve got to the point now where we’ve found out that if you rely on other people, things never work out,” he said, as recorded in the book George Harrison on George Harrison. “This may sound conceited but it’s not. It’s just what happens. The things that we’ve decided ourselves and that we’ve gone ahead and done ourselves have always worked out right—or at least satisfactorily—whereas the moment you get involved with other people, it goes wrong.”

On working with record companies

In 1967, following the death of their manager, Brian Epstein, The Beatles founded Apple Corps as an umbrella company for all their creative projects. In 1968, after the band’s famous trip to India, they founded Apple Records in London. But before that, Lennon, McCartney, Harrison, and Starr knew all about the annoyances of working with a record company.

“It’s like a record company,” said Harrison. “You hand them the whole LP and the sleeve and everything there on a plate. All they’ve got to do is print it. Then all the crap starts: ‘you can’t have that’ and ‘you don’t do this’ and we get so involved with trivial little things that it all starts deteriorating around us.”

The Beatles wanted total creative control over their films as well

“The more involved we get with film people the less of a Beatles film it’s going to be,” said Harrison. “Take that Our World television show. We were trying to make it into a recording session and a good time and the BBC were trying to make it into a television show. It’s a constant struggle to get ourselves across through all these other people, all hassling.”

At the point of the Melody Maker interview in 1967, The Beatles were beginning to think about making a film that they had total creative control over — visual, sound, and music.

“In the end it’ll be best if we write the music, write the visual and the script, film it, edit it, do everything ourselves,” said Harrison.

At the same time, the guitar player knew how daunting that work would be.

“But then it’s such a hell of a job that you have to get involved and that means you couldn’t do other things,” he said.

Ah the struggles of a creative genius.