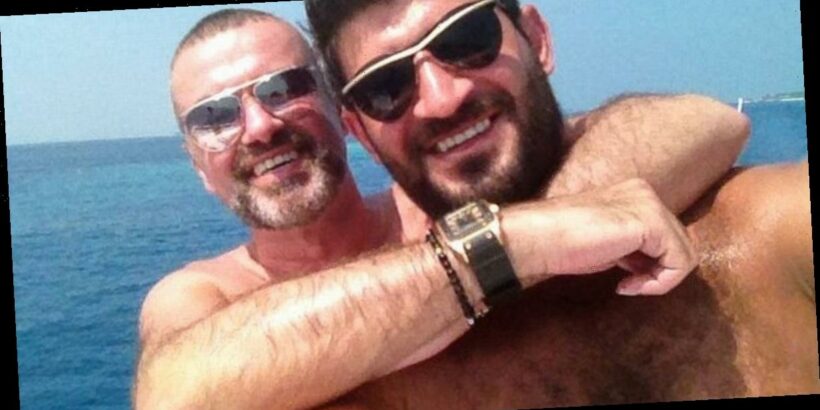 George Michael's ex Fadi Fawaz has been accused of smashing a beauty salon window – days before the fourth anniversary of the singer's death.

Hair stylist Fadi, 44, has been charged with causing around £800 worth of damage by shattering a window at Le Flix Natural Beauty Bar, in central London.

The window of the salon was boarded up after the alleged incident on December 21.

Fadi failed to appear at Westminster Magistrates' Court today to face the charge after police told him to go to the wrong court.

The court heard Fadi and his legal representative were incorrectly told to attend a different London court so the hearing could not go ahead.

Luke Staton, prosecuting said: “On the charge sheet it says he was warned to attend Highbury Corner Magistrates’ court today."

Fadi's case was adjourned and a new hearing is set to take place on January 26 at Westminster Magistrates' Court.

In February 2017, Fadi dialled 999 after finding the former Wham! star dead in bed on Christmas morning.

In a recording of the call leaked to the press Fadi said he had tried to resuscitate George for an hour before making the call and asking for professional help.

Fadi could be heard telling authorities how the superstar was "cold and blue".

George, real name is Georgios Kyriacos Panayiotou, left Fadi, who he met in 2009, nothing in his £96.7million will.

George's festive single Last Christmas soared to the number one spot in the UK charts last week – 36 years after its release.

The single's rise to the top of the charts is a new record for the longest time for a track to reach number one after its original released.

It beat Tony Christie's (Is This The Way To) Amarillo which took 33 years and four months to reach the top spot.

Wham!'s Andrew Ridgeley praised George's enduring 'songwriting genius' on Twitter after the single made it to the top of the charts.

He said: "I am delighted, somewhat amazed & profoundly pleased that WHAM!’s iconic Christmas classic Last Christmas has finally achieved the accolade of becoming a No 1.

"It’s a fitting tribute 2 George’s songwriting genius and 1 of which he would’ve been immensely proud & utterly thrilled."