A rose by any other name might smell as sweet but, for an artist, adopting a new name can be a game-changer. Just ask Charlotte de Witte, who three years ago replaced her former moniker Raving George with her birth name.

The 26-year-old Belgian had experienced considerable success as Raving George, but her rise as Charlotte de Witte has been nothing short of extraordinary. Three years after the first Charlotte de Witte EP was released, de Witte is one of the hottest names in techno. 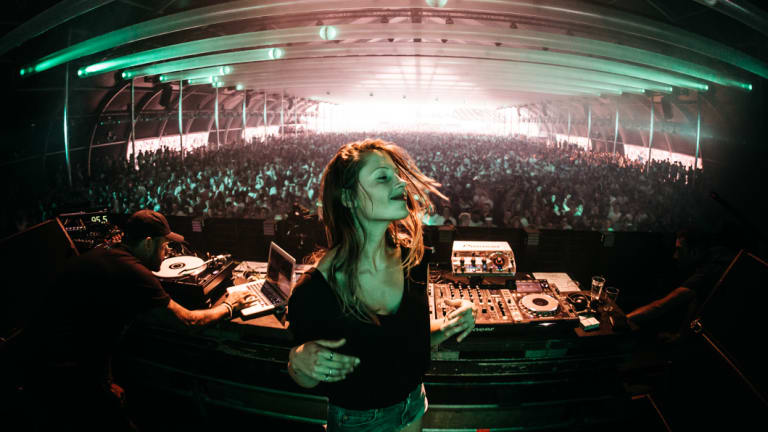 Raving George was a jokey name she chose in high school. “I never thought at 17 this would become my full-time job and my life and my passion,” she says. She also didn’t think she’d be taken seriously if she used a female name. But as her profile grew and as de Witte began to favour a tougher, more stripped back form of techno, the name change made sense.

Since 2015 she has released 10 EPs and attracted a huge following not only in Belgium, where she was the first techno artist to play the behemoth Rock Werchter festival last year, but also internationally. Her relentless touring schedule over the past two years has seen her play in multiple countries every weekend but she’s had to endure her detractors, too.

Some online commenters have called her “a social media DJ” and accused her of using ghost writers and trading on her looks. She’s learned to take it in her stride. “I changed my name three and half years ago and that’s when everything changed and some people think I’m a marketing product and that I came out of nowhere but I’ve been doing this for eight and half years, that’s nearly a third of my life,” she says. “These people don’t really know a lot about me, they just blast their opinions.”

De Witte’s first big break as Raving George was winning a competition in 2011 that gave her a residency at Belgian radio station Studio Brussels and an opening slot at Belgian electronic music festival Tomorrowland. This year, de Witte was invited to host her own stage at the festival and performed on the main stage for the first time, in front of about 40,000 people. “I think it was the first time a techno artist was playing there,” she says. “They are used to hearing a new track a minute because the DJs there usually mix so fast, but it turned out really, really well.”

By now, as well as getting to meet and play alongside many of her techno heroes, de Witte is inspiring a younger generation of aspiring DJs. At a festival in Germany recently, she met a young female DJ who had won a competition to play there and was experiencing backlash. “I said to her, ‘I know how you feel, I had the same thing’," says de Witte, “ 'But just keep on going and if it makes you happy, don’t stop doing it'.”