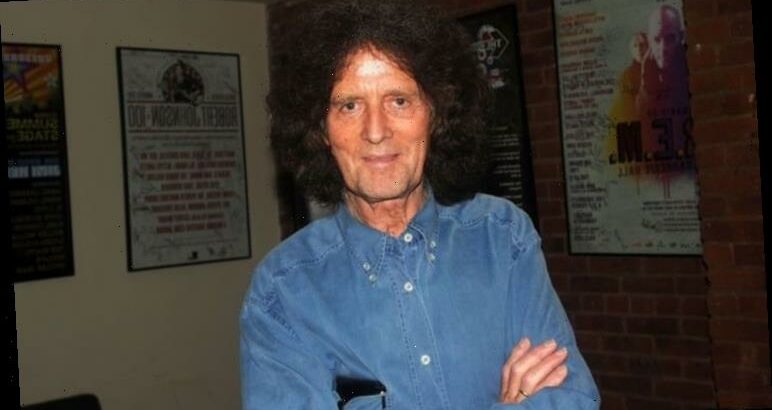 “I was under the couch,” Gilbert groans. “I’d never done two shows in one night before and it was horrendous. Elton and Kiki came back after the first one and there I was under the couch with my eyes closed trying to get my voice working again. “That showed my lack of experience,” he continues. “Gary Barlow worked the clubs; he learned his craft.” He mentions Gary because they’ve just released a duet of his 1972 hit Alone Again (Naturally), “recorded over Zoom, live in different studios,” he tells me. “It’s had 2.2million views in the last week.” 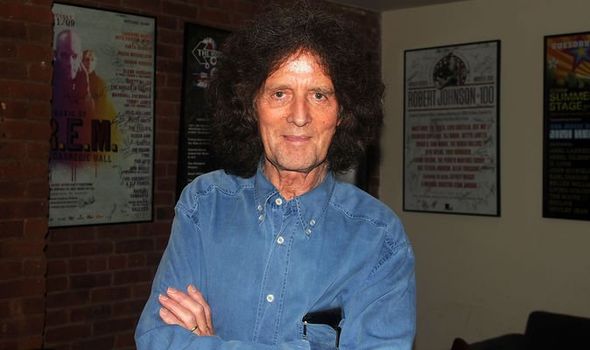 He shakes his head and adds, “I haven’t even got a mobile phone!”

In 1972, O’Sullivan sold more UK singles than any other male solo artist, seeing off such stellar challengers as Elvis, Michael Jackson, David Cassidy and Sir Elton himself.

Never conventional, Gilbert devised his own eccentric look and initially refused to tour.

With his pudding basin hair, Depression era flat cap, and a school tie that was frequently askew, he looked a scruffy urchin.

“I arrived in London in 1967,” he recalls. “It was the height of flower power; everyone looked the same. I decided to create an image that was different…like the Beatles had done. I came up with a Just William character, with a Charlie Chaplin look.”

He hired the clothes from theatrical suppliers, Berman’s. “They’d ask, ‘What production is this for?’ and I’d say it’s for me over the weekend to look in the mirror…

“I looked like a freak with my short back and sides,” he laughs. “It was deeply unfashionable. Everyone in the business told me to grow my hair and look like James Taylor but I was determined to do it,” he says. “Despite everyone hating it.”

Everyone included his first manager Gordon Mills, the late Welsh Svengali who masterminded the careers of Sir Tom Jones and the surprisingly un-knighted Engelbert Humperdinck.

“When he saw the pictures, he threw them in the bin,” Gilbert, 74, smiles. “But he loved the songs. It showed the dichotomy between how I looked and how I sounded. I had great faith in my songs; I knew I was going to make it.

“I always say, you might not be as good as you think you are, but thinking you are is good. I know people who had talent but needed someone else to say they were good. I’d walk in to a publisher’s and say ‘Listen to this, it’s great.’ It was a healthy arrogance.”

Nothing Rhymed justified it. The lead single from Gilbert’s 1970 debut album, Himself, introduced the phrase “Bonaparte shandy” (for brandy) into the lingo and was the first of twelve hits, two of them Number Ones.

Crazy times? “Not for me,” he says. “I was always a home bird. I didn’t mix. and for the first two years I didn’t tour. I’d go to Germany to record a TV show, go to Holland for the radio and be back in Surrey by 7pm. 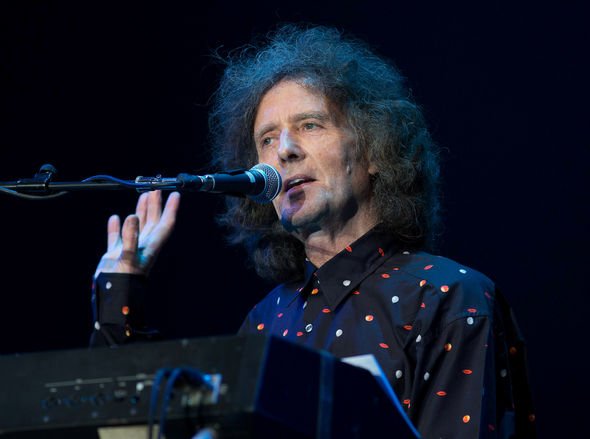 “I spent most of my time at home. I didn’t party. I had girlfriends but I had a pretty normal life at home.”

Critics praised his songs for their Englishness, and likened his writing to Paul McCartney and Ray Davies.

“I’m proud of my Irish roots, but all of my background stems from growing up in Swindon… we won’t talk about football.

“It’s flattering to have those comparisons. I think it’s because we use colloquial English and reflect working class lives. Ray is a fantastic songwriter and so are Squeeze, their songs are imbued with Englishness.”

In the mid-70s Andy Williams wanted to record Gilbert’s We Will but asked to change a line because he didn’t understand it. “The line was ‘I bagsy being in goal’,” he laughs. “A very English expression. I let him.” 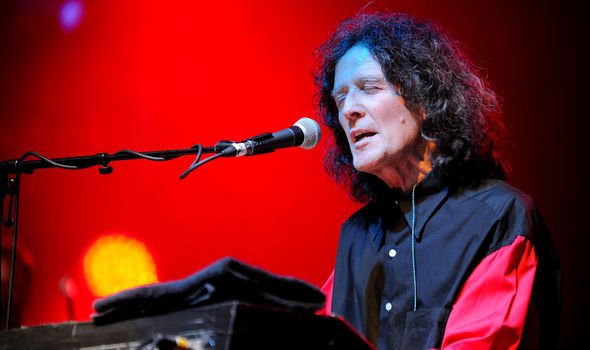 “In Holland it’s Nothing Rhymed, in Germany Get Down and in America it’s Alone Again…” – which shot straight to the top of the US charts and stayed there for six weeks, so Gilbert had to give in and tour the States. “A disaster,” he groans. “They put me into arenas and it went badly wrong. It got pulled before it reached the West Coast.”

His musical journey began as a drummer in Rick’s Blues, formed by Rick Davies later of Supertramp – both attended Swindon Art School. Striking out alone, Gilbert left a demo for Cat Stevens’ producer Mike Hurst but panicked when he wanted to start recording straight away. After dallying with CBS, Gordon took over the managerial reins.

Their friendship ended in the mid-70s with a legal battle over song ownership that put his career on hold for years. The court ruled in Gilbert’s favour in 1982 and awarded him £7million.

In 1991, he took action against rapper Biz Markie for sampling Alone Again (Naturally) without permission. Both cases were seen as important victories for artists’ rights. 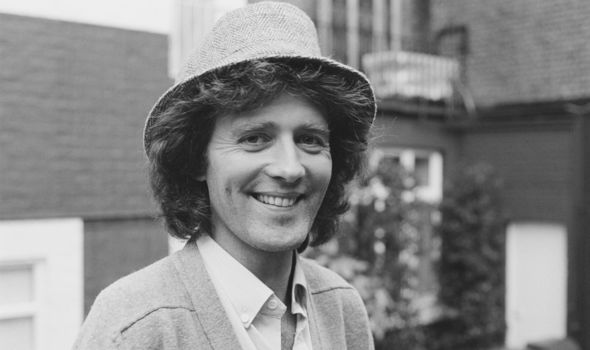 Fans are generally friendly. His worst encounter was in Spain with three well-oiled senoritas “who wouldn’t believe I wasn’t Leo Sayer, we had to leave the restaurant,” he says.

“Luckily Jersey is a small island and a healthy environment. We haven’t been hit badly by Covid. I’ve had the Pfizer jab and no side effects. It’s good to have some form of normality to look forward to.”

His grown-up daughters Tara and Helen Marie beaver away behind the scenes, leaving Gilbert free to concentrate on writing songs.

“Tara does my social media,” he says. “They get me to do things that I want to do, and stop me from doing silly things” – like writing peevish letter to reviewers.

O’Sullivan records his new album next month, after his second jab, and is planning a full tour next year. A concert in Dublin he filmed in Dublin in 2019 will be streamed live on St Patrick’s Day.

He’s delighted with the Gary Barlow duet and its harmonised final verse. His first duet was with the late jazz icon Peggy Lee in 1991. 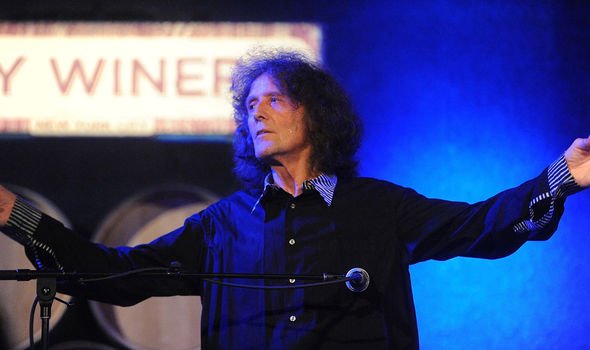 “I went to New York for it, it was magical. I didn’t want a contemporary singer.”

“Every cover is a compliment but you have to hear the Japanese heavy metal band who covered Alone Again (Naturally) at 100miles an hour.”

2018’s Gilbert O’Sullivan compilation album saw him back in the Top 20.

“I’m making my way up to a position of strength,” he says. “If things don’t happen, I just move on.”

*Gilbert O’Sullivan: The Essential Collection is out now on 2CD, stream or download. Alone Again (Naturally) crooners’ video is live on YouTube.