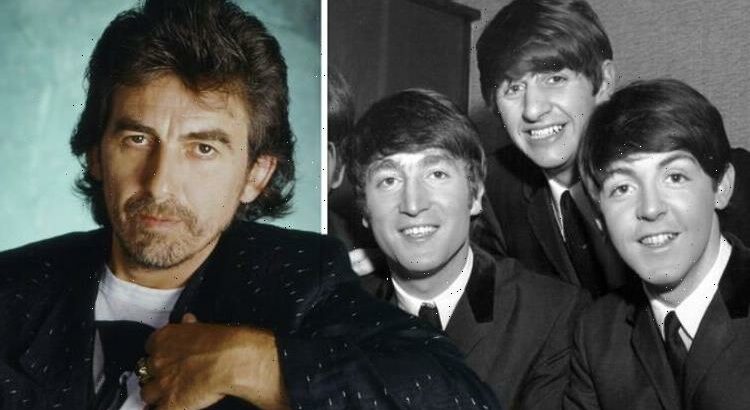 George Harrison: Trailer for All Things Must Pass 50th Anniversary

Although The Beatles wrote and released some of the most popular songs of all time, their final years in a band together were bogged down by arguments and disagreements. The band’s 1970 movie Let It Be showcased Paul McCartney and George Harrison becoming quite aggressive with one another during the recording of one track, The Two Of Us. But this led to the composition of a legendary song from Harrison.

In 2001, just before Harrison’s death, he looked back on the argument he had with McCartney in 1970. He recalled: “At that point in time, Paul couldn’t see beyond himself. He was on a roll, but… in his mind, everything that was going on around him was just there to accompany him. He wasn’t sensitive to stepping on other people’s egos or feelings.” (Via Guitar World)

Eventually, Harrison revealed he got “so fed up with the bad vibes”.

Harrison explained: “Arguments with Paul were getting put in the film. I didn’t care if it was the Beatles, I was getting out.” He continued: “They were filming us having a row. It never came to blows, but I thought: ‘What’s the point of this? I’m quite capable of being relatively happy on my own and I’m not able to be happy in this situation. I’m getting out of here.'”

The star also expressed annoyance at being filmed during his most vulnerable moments – when he was arguing with his friends. He said: “Everybody had gone through that. Ringo had left at one point. I know John wanted out. It was a very, very difficult, stressful time, and being filmed having a row as well was terrible. I got up and I thought: ‘I’m not doing this anymore. I’m out of here.'”

Later that day, the Quiet Beatle vented his frustrations into writing a song to spite McCartney and the rest of the band, John Lennon and Ringo Starr.

The Beatles: Get Back teased by Disney+ in preview

Harrison revealed he “picked up his guitar and went home”. That afternoon he wrote a song for his 1970 album All Things Must Pass: Wah-Wah.

The star penned the subtly scathing track pointed at McCartney’s actions over the previous few days at Twickenham recording the Let It Be album. And while the song’s title is an obvious reference to the guitar pedal of the same name, his autobiography revealed the title had another hidden meaning behind it.

The songwriter also revealed that Wah-Wah was also a subtle reference to the “whining” he felt the band were doing.

Later, in 1980, Harrison released his memoir – I, Me, Mine – where he discussed even more controversial parts of his life in The Beatles, as well as touching upon Wah-Wah.

While reminiscing about the breakdown of The Beatles Harrison recalled using his feelings of frustration to write the song.

He wrote: “There was too much restriction [in the Beatles]. It had to self-destruct … I could see a much better time ahead being by myself, away from the band … It was like a straitjacket.”

He added: “It became stifling, so that although this new album was supposed to break away from that type of recording (we were going back to playing live) it was still very much that kind of situation where he already had in his mind what he wanted. Paul wanted nobody to play on his songs until he decided how it should go. For me it was like: ‘What am I doing here? This is painful!’

But his comments on Wah-Wah were even worse still.

Harrison wrote that Wah-Wah was his way of secretly telling McCartney, and the rest of his band, that they were “giving him a bl***y headache” during the recording of their final album, Let It Be.

The Beatles’ last album became notorious for the split of the band, but Peter Jackson’s recent documentary, Get Back, proved they were at least still on speaking terms during the recording.