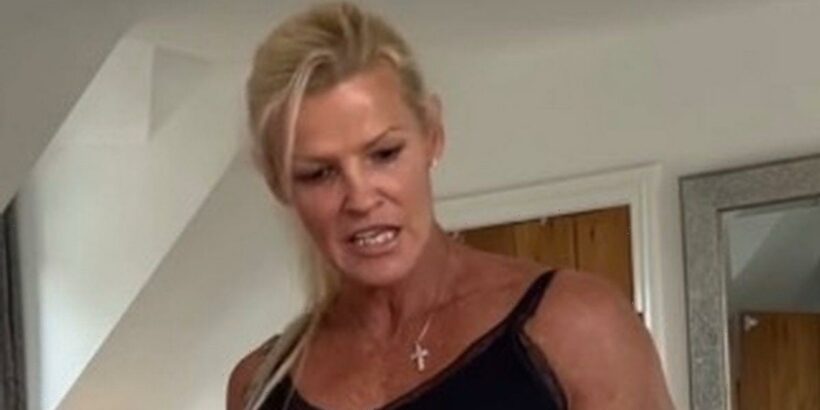 Gladiators star Lightning has proven she's still got it after she tried on all her old outfits and they still fitted her.

The toned star teased her fans on Instagram as she got out her vast collection of spandex garments from her days on the hit ITV primetime Saturday night 90s show 30 years ago.

Lightning – real name Kim Betts – addressed her fans in a video on her social media account showing off her toned physique in a black vest top and monochrome printed runner shorts.

With her trademark long blonde hair tied back in a ponytail she looked in peak physical condition with her tanned toned limbs on display.

Lightning teased her plans to put the retro costumes on display in a frame alongside a photo of her in her Gladiators heyday.

She captioned the clip: "So I was asked to take some props/costumes with me tomorrow for ITV’s This Morning to discuss the BBC’s new Gladiators….. I didn’t realise I had all these costumes (I haven’t seen them since the filming).

"So Skye and I decided to have a little fun with them before putting them away for another 30yrs! #gladiators #lightning #goodolddays."

Lightning appeared on This Morning on Tuesday alongside fellow former gladiators Hunter and Saracen to reminisce on their time on the show and the way it influenced people's lives.

She said: "It's only now as well that I realise, and I still get lots of stories being sent to me saying, 'you inspired me so much, you changed my life, you motivated me,' and you think, 'wow', it really was quite powerful. The message that it put across and how it did inspire and change people's lives."

The trio also discussed the possibility of a reboot – and didn't rule out a return to sparring on screen if they were asked by the BBC who now own the rights to the programme.