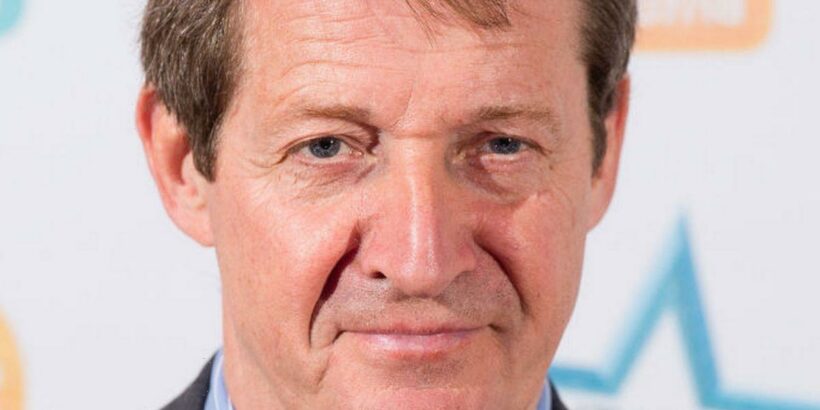 Campbell who returned to the limelight as a Good Morning Britain host in May, was discussing his time as Labour strategist during the 90s and early 2000s when he told how Blair often played guitar as they chatted on the phone.

And he made a cheeky jibe about the former Labour leader's ability on the string instrument.

He told the Radio Times: “Tony would inevitably phone about 20 times. If he were just phoning for a chat, he would literally play chords on the guitar as he was talking.

“He’d say, ‘How you doing?’, then briiiiing! He did have some very nice guitars, and he liked to play. I don’t think he was ever as good as he thinks he is.”

In May Campbell also made a savage quip about his former counterpart during an interview on Good Morning Britain.

It came after Susanna Reid was busy discussing "hair issues for women on TV" during an interview with Tony Blair when his former Labour strategist interjected with a savage quip.

Blair explained that he'd asked his team: "So what have I received most traffic about over this last year?"

He said he was told his "hair" had been the talking point.

Susanna fumed: "Ok, so welcome to being a woman on television…"

It was at this point she was cut off by her own co-star Alastair, who quipped at Tony: "Are you a woman?"

Susanna continued: "Because quite frankly what you look like and what your hair looks like is probably the main thing that you get traffic about.

"You grew your hair a little longer and welcome to my world.

"A little insight to, you know, how the other half live."

He explained that his daughter Grace hadn't allowed the chart-topping singer into the "cool gang" during their time at school.

Alastair explained that his daughter had been left with egg on her face, given the New Rules hitmaker was now a successful global sensation.

He explained: "I have a story about Dua Lipa, my daughter wouldn't allow her into the 'cool gang' and now she's touring the world."