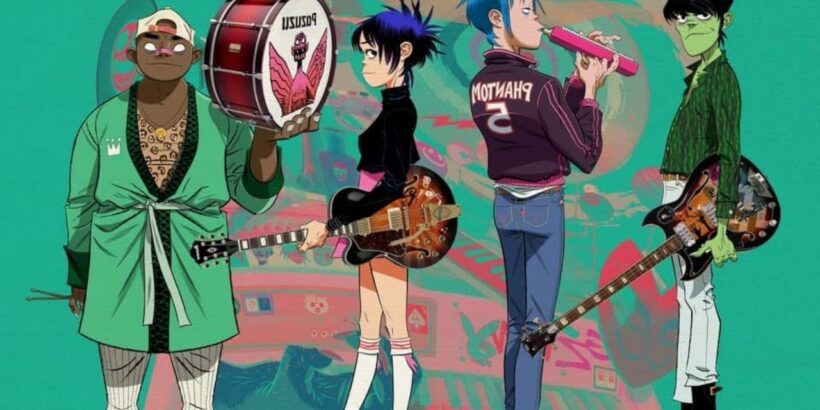 The animated supergroup, which is led by Damon Albarn, return to the stage at the O2 Arena, marking the first full capacity live event at the venue since March 2020.

AceShowbiz -Animated supergroup Gorillaz have returned to the stage to host a free concert for National Health Service workers and their families in London.

The band, led by Damon Albarn, performed at the O2 Arena on Tuesday, August 10 – their first live gig since October 2018.

The concert was the first full capacity live event at the O2 since March 2020, when the pandemic shut down venues across the globe.

Tuesday’s gig was the first of two sold-out O2 shows for Albarn and his bandmates, who will return for another gig on Wednesday. They will also headline the Boardmasters Festival in Cornwall, England this weekend (August 14).

When the band firs announced the free gig for the NHS workers, drummer Russel Hobbs said in a statement, “Reap what you sow, y’know what I’m saying? We don’t just want to say thank you, we want to do thank you too, because we care about the people who care for us.”

Steve Sayer, VP & General Manager at The O2, at the time has also shared excitement over the planned concert. “This is such a big moment for us. Our first live show in over 500 days, with one of the U.K.’s best bands playing to an audience made up of NHS staff and their families,” he said.

“We have missed the fans and live performances so much, we couldn’t be more proud to reopen with this event and to welcome such a great audience,” Sayer added.