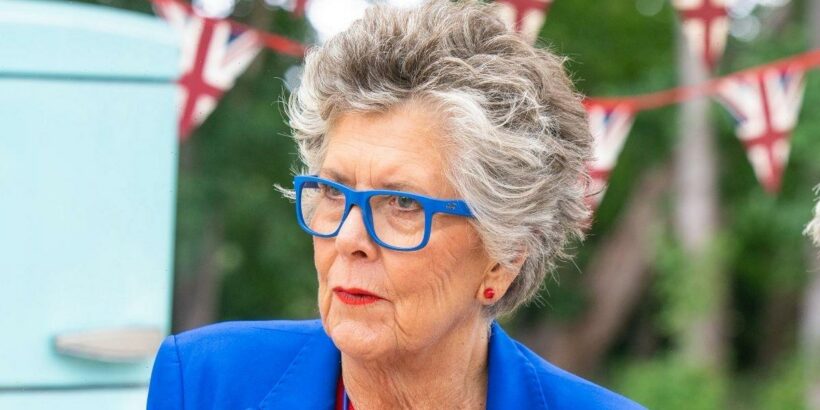 She described the cooking sensations technique as chaotic and claimed that Mary's finished product is 'heavy' and 'solid.'

The new series of The Great British Bake Off is set to launch next Tuesday and judge Prue Leith was quizzed on whether it's best to 'chuck' all the ingredients for a Victoria Sponge in together or if it's best to make the cream first.

However Prue was quick to quip back: "I’ll tell you what, Paul Hollywood, I probably lift up Mary Berry’s cake book a little more than I do yours."

This comes after The Mirror reported that this show will be the most challenging yet.

The 2022 show will feature themes including Halloween, Mexico and custard for the first time.

"Can you imagine how difficult it is to judge 12 absolutely perfect, identical somethings? It’s impossible.

"So we need to have something that sorts the sheep from the goats."

The first episode of the new series will air next Tuesday (13 September) at 8 pm.

The competitors this year is a more diverse than ever as 12 amateur bakers will battle it out to be crowned the top chef.

Between them, this year's cast comes from far and wide, with family from Saudi Arabia, Poland, Libya and Sweden.

As well to this there is a whole host of different professions.

This year viewers will see a nuclear scientist, a music teacher, a male Nanny and a supermarket cashier.

Paul Hollywood and Prue Leith will be back to judge the show with hosts Matt Lucas and Noel Fielding.

Last week the four of them took to the show's official Twitter page and posed for a sunny snap as they announced the return of the 13th series.

Captioning the snap: 'In knead of some good news?

"Here’s a little something… The Great British Bake Off is back on your screens on Tuesday 13th September at 8pm!'.