Gretta Ray is the real deal. 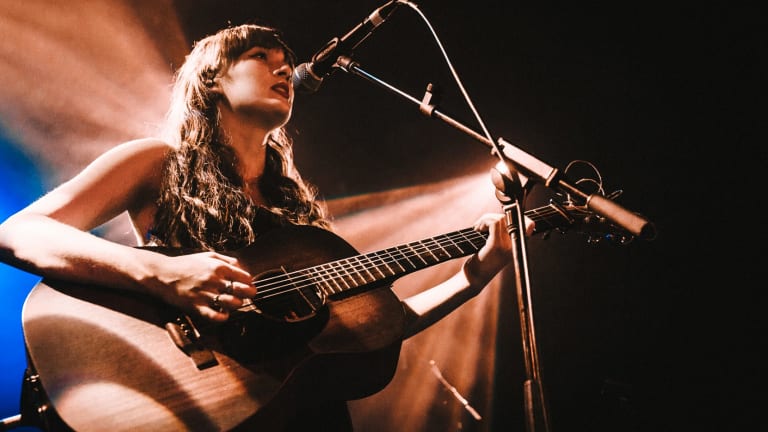 From the moment she danced onto the stage, after her three-piece band had built up the tension with an extended intro to When We're in Fitzroy, you couldn't dispute the star power of this 20-year-old Melburnian.

Everything But The Girl's Tracey Thorn is the obvious reference point for Ray's low, emotive, melodic tone, like a tuneful murmur in one's ear. However in the swelling climax to Radio Silence, from this month's Here and Now EP, or the mighty chorus to last year's Towers, she displayed a powerful upper register, too.

Such songs showed Ray knows how to write for her expressive voice. Her conversational, unambiguous lyrics – often in the form of questions to a muse that is a male love interest – came across simply and powerfully.

Yes, a few lines such as "your cologne, my Kryptonite" smacked of high-school poetry, but Ray wrote half these songs while in high school and it wasn't just her she-could-sing-the-phone-book voice that sold them.

She danced along disarmingly to upbeat numbers such as the unrecorded Dressing Gown, an instantly memorable homage to playing house. And there was a moment while Ray sang the biggest hook in her hook-filled hit Drive – "say you never met a woman that made you feel this alive" – when her eyes widened, and hearts melted.

Ray does have work to do in projecting the lower reaches of her register live, preserving its communicative gift but making it a bit clearer over the band, who are integral to her sound.

For this reason, her lone solo acoustic guitar song was arguably this night's highlight.

Everything And More, another unrecorded tune about a trip to Europe with girlfriends last year, is a hymn to wanderlust and wonder – "c'mon, get immersed in it" – which found Ray's voice at its most gorgeous, and encapsulated her unpretentious appeal.

Between the voice, the songs and the stage presence, Gretta Ray proved herself a genuine triple threat on this night. We will be hearing a lot more from her.