Bring out your stick-on rhinestones, tasselled body harnesses and striped yellow Cotton On shirts – the Groovin The Moo lineup has just dropped. The music festival has announced it will bring MØ, Billie Eilish, TOKiMONSTA, Coolio and Sofi Tukker to a town near you. 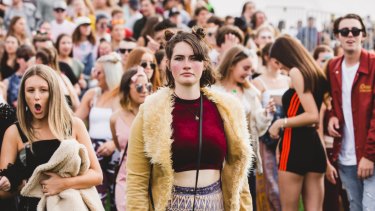 On April 28, Groovin returns to Canberra for its 10th year. After the University of Canberra backed out of its contract to host the festival, it will go ahead at Exhibition Park.

You might even be able to ride the light rail there. To Groovin the Moo in the year 2040, that is.

Groovin will also stop off in Wayville (Adelaide), Maitland, Bendigo, Townsville and Bunbury over three weekends in late April and May. 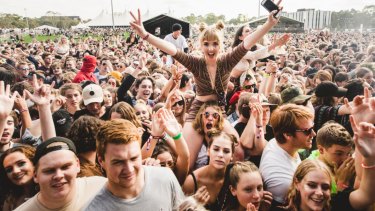 Groovin will stop off in Wayville, ​Maitland, Bendigo, Townsville and Bunbury over three weekends.Credit:Jamila Toderas

Tickets go on sale at 8am on Thursday, January 31 via Moshtix.