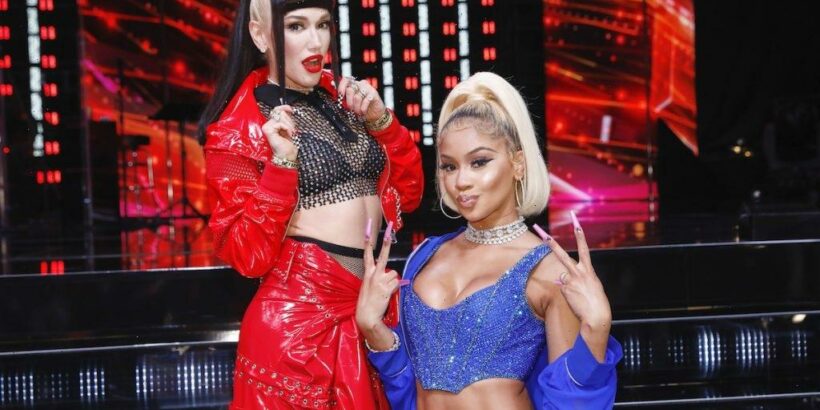 Gwen Stefani went through many different phases in her career. People have criticized her for cultural appropriation for some of them. The former coach of The Voice gave her response to this criticism.

Gwen Stefani has been called out for cultural appropriation

Stefani went through different styles by taking from other cultures throughout her career. In more recent years, more people have looked at her music differently because of this.

Comedian Margaret Cho once wrote about the Harajuku Girls in her blog in 2005. “I want to like them, and I want to think they are great, but I am not sure if I can,” she wrote, according to Entertainment Weekly. “A Japanese schoolgirl uniform is kind of like blackface.”

Stefani was inspired after playing in Japan in 1996. This led to her using dancers called the Harajuku Girls for two albums.

The musician responded to some of the criticism she’s gotten for her past choices. She told Paper that she thinks taking from other cultures is a good thing.

She then talked about how times have changed. “I think that we grew up in a time where we didn’t have so many rules,” Stefani said. “We didn’t have to follow a narrative that was being edited for us through social media, we just had so much more freedom.”

This isn’t the first time the singer has addressed this issue. She addressed it in an interview with Billboard in 2019.

“When it first came out, I think people understood that it was an artistic and literal bow down to a culture that I was a superfan of,” she said. “This album was like a dream.” The singer said she didn’t think it would be possible for her to release a dance record.

She later said, “When the Harajuku Girls came out, it was like, you’re not even real, you’re a dream. It wasn’t like, ‘You’re not real because you’re Asian.’ Are you kidding me? That would be horrifying!”

Stefani made sure to note she just hired the dancers to be dancers. She also said she had a “fascination” with Japan from a young age because her father would travel there when he worked with Yamaha motorcycles.