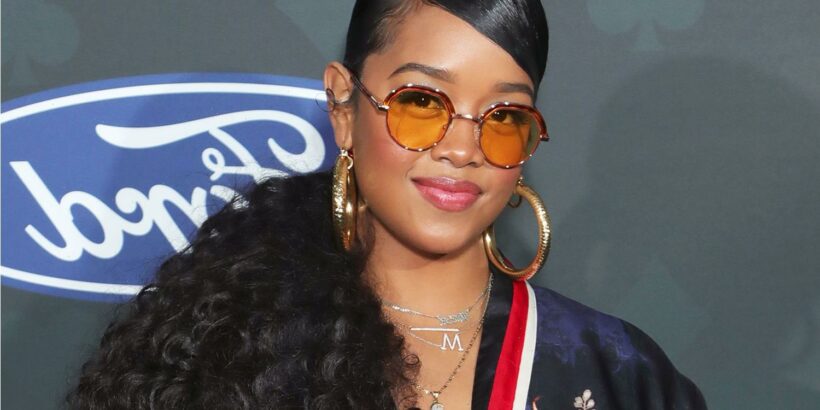 Even at a young age, H.E.R. was no stranger to being in the spotlight.

The Grammy-winning artist, 23, appeared on Monday's episode of The Tonight Show Starring Jimmy Fallon where she discussed her impressive accomplishments — as a kid.

The singer, whose real name is Gabriella Wilson, revealed that before she started to write songs, she wrote poetry when she was young.

"I would write down these kind of silly poems and my mom collected them all and she got them published, so I was like a published poet when I was 7 or 8 years old," she told host Jimmy Fallon.

"Then I started writing songs not long after that. My mom would write down titles and she would be like oh write a song to this, and I did," she continued.

The "Hard Place" artist also shared that she performed at the Apollo Theater in New York City when she was only 9 years old.

"My mom submitted a tape to be on the kids' Showtime at the Apollo thing and my dad was like, 'Oh they're never gonna see that,'" she recalled. The songstress said she was selected to come to an audition for the show and before she started singing the judges told her they saw her tape and she would be coming to perform at the theater.

"So we ended up going to New York, it was my first time in New York and I sang 'Freeway of Love' by Aretha Franklin when I was 9," the musician said. The singer recently performed at the Apollo Theater again, which she said was a "full circle moment."

"It was insane, I couldn't believe it," she added of the experience.

Even more, the artist, who plays guitar, bass, piano and drums, revealed that she's never had true lessons to learn how to play an instrument.

"My dad, he dabbled a little bit, and it was around me so I just kind of picked it up and started playing by ear," she said. "But no I've never really had lessons."