Singer, writer, theatre director, producer, composer and festival director, Robyn Archer adopted a Millennial approach to her career before the term was coined. As an artist, an advocate and a programmer, she knows the arts world from all perspectives.

A specialist in cabaret, Archer has released 10 solo albums, several more as collaborations, and written 20-odd shows for theatre, including The Pack of Women which was adapted into a TV special for the ABC and described by the Sydney Morning Herald as "perhaps the most daring and unashamedly radical thing to happen to Aunty in a long time". 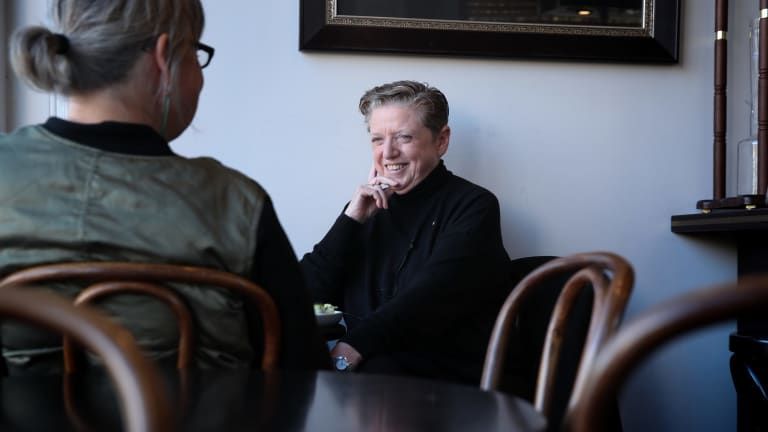 We meet at her favourite restaurant, Mon Amour in Albert Park, a French bistro with a smallish menu. Archer prefers a light lunch and declines a drink. "I just find there's a certain point where you just can't afford to wake up foggy."

So it's sparkling water, kingfish crudo for me and snapper with celeriac for her. She's great company, a warm and passionate storyteller with an infectious laugh. At one point she breaks into song, later she brings me to tears, telling me about one of the last times she sang for her mum, who had dementia. 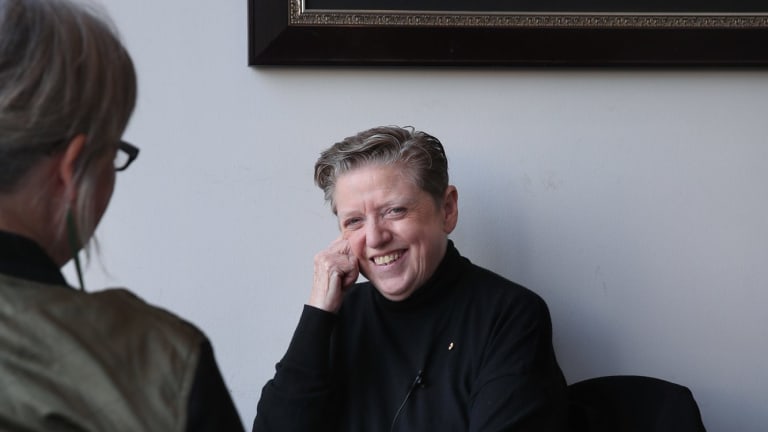 I admire her brooch, at first glance a little gold circle around lapus lazuli. She laughs and tells me it's her Order of Australia. "I sometimes wear the other two [the Ordre des Arts et des Lettres and the Order of the Crown, Belgium]. Together they look like a stylish set of pins – nobody knows that I was bragging."

Born in Adelaide, she was an only child and her ability as a performer was evident early. At four, she began singing in her great-grandparents' hotel and she started singing professionally at 12. Showbusiness ran in the family – her father was a stand-up comedian and singer, "I really apprenticed myself to him."

Her much-loved dad always had a day job, as a barman, a mechanic, as a door-to-door salesman and a truck driver to the Northern Territory ("Mum and I cried for three weeks"). Like many artists, he eked out a living.

"Many people, when they have a family and need to feed them and put a roof over their heads, give up their art or reduce the hours of it. I think we do lose a lot of creativity by that and I think there still is a prevailing feeling that it won't ever give you the income you need." 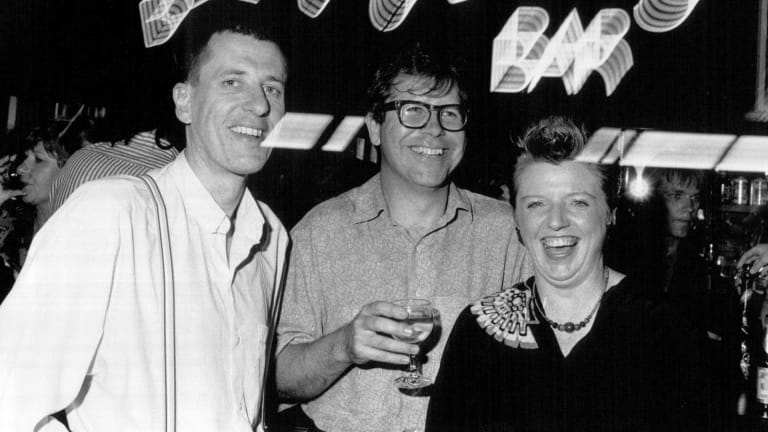 Over the years Archer has clocked up thousands of kilometres driving around the country. Today she is not long back from Canberra, having delivered a swag of material to the National Library, which holds her archive. Though life is "a bit more consolidated these days", it still involves a lot of travel. She's rented a place in Adelaide for about 24 years with mates. Her friend – and landlord – has two girls, who now have their own children, all of whom Archer considers family, "I'm part of a mob."

Her partner has a job in Melbourne, so she has a "bolthole" here as well. "I can work anywhere, I can write anywhere. It's a nice fantasy, a room of one's own, but it's never been something I could imagine. You just have to keep going where the work is." 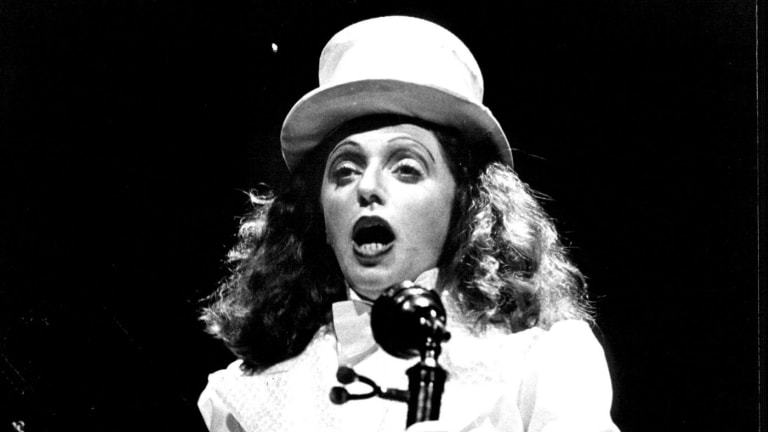 And that she's done with aplomb, directing festivals in Canberra, Adelaide and Melbourne, as well as launching Tasmania's Ten Days on the Island in 2009. Artistic director of the European Capital of Culture and advisor to Toronto's Festival of Arts and Creativity for two years each, she is highly regarded around the world.

Four years ago, she was asked to go to the Gold Coast as strategic advisor on the arts. Back then she had the same prejudices as many Australians about the Queensland seaside town, where culture has never been part of the picture. It wasn't long before she was a convert. "The green spaces are really quite remarkable and it's not just blue-rinse retirees and ladies who lunch – that's a cliché of the past." 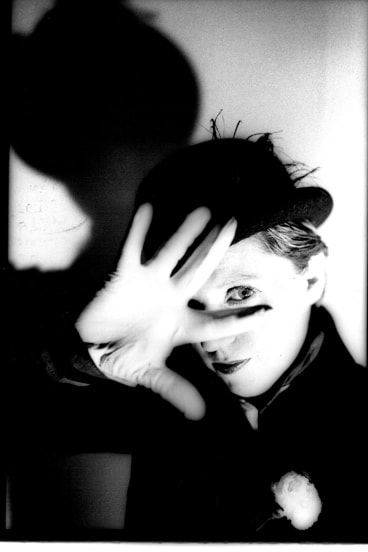 The Gold Coast is the sixth largest city in the country, home to more than 600,000 residents, including many young families. "The need for a cultural facility was long overdue," she says. "Of course there were always artists there."

It's quite something, that ability to gauge the cultural pulse in each of these cities. "One of the main things I did – in Canberra, the Gold Coast and Tasi as well – was to construct platforms for the artists who are there to show their works." 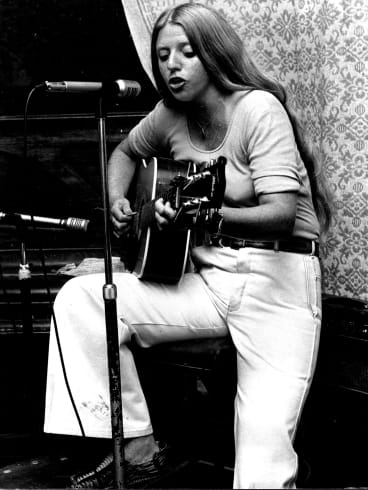 Singer Robyn Archer at the Limerick Castle Hotel in 1977.

Festival programming, Archer says, always begins with research. Her approach is to mine the local offerings and find a unique proposition. In this country, it's invariably the indigenous story. "I think Australia is in a particularly fortunate position. If you are looking for a unique proposition of your place, it's in a position no other place can claim. You would be nuts not to start there."

Staged recently on the Gold Coast, The Spirit of Churaki, for example, tells the story of Churaki, a Goodjingburra man who was a lifesaver, well before it became a profession, in the early 1900s. 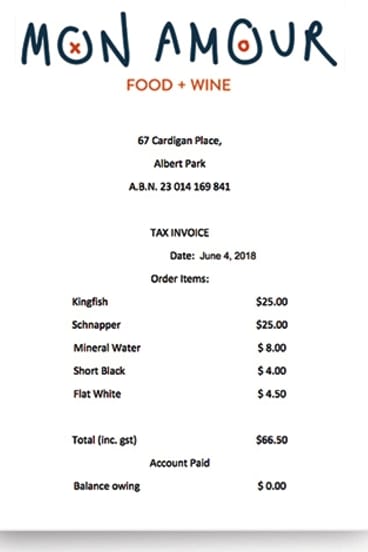 Receipt for lunch with Robyn Archer

The impact of arts festivals can extend well beyond the duration of the event. Ten Days on the Island helped build the cultural confidence of Tasmania, she says, and changed the way it was perceived by mainlanders. "A lot of people look at MONA and say that's what started the revolution but I know it wasn't," she says. "I think in that moment of growing cultural confidence was probably the time when David [Walsh, MONA founder] thought I'll get this stuff out of the warehouse and build the place I've always wanted." 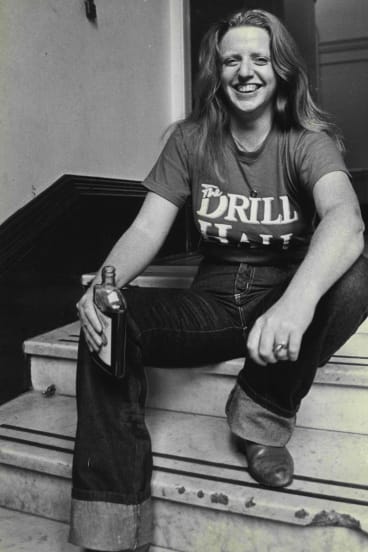 Archer was hailed in London in 1982 as “a new Wizard of Oz.” The Times critic Ned Chaillet wrote: “Now that Australia is widely known as Oz, it is probably reasonable to point out that Robyn Archer is one of the new Wizards of Oz.

In what may be the yin to her arts yang, Archer is also an ambassador also for the Adelaide Crows. The Indigenous round was held the weekend before our lunch and she's full of praise for the AFL and their work in the area.

"I look at the AFL and its duty of care with young footballers coming in and think the arts has a lot to answer for. In footy, young players are brought into board with older footballers. It's created heroes who have turned out to be splendid role models." 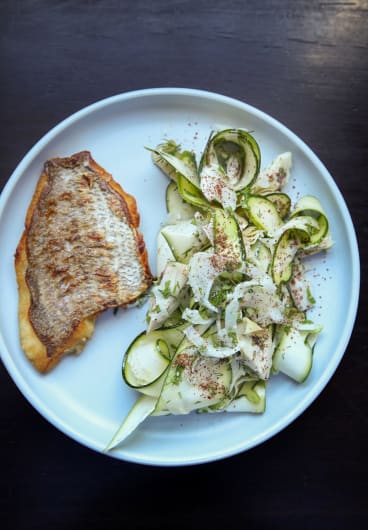 When former Crows coach Phil Walsh was killed, she recalls the players at the end of their next match standing in a circle with their arms interlinked around the opposition players for a minute's silence. The week after, at the end of a game in Perth, supporters stood up and clapped the players off.

"And these god-like specimens were seen to weep," she says. "I thought, this is a moment when it's not just football culture but our society changing." 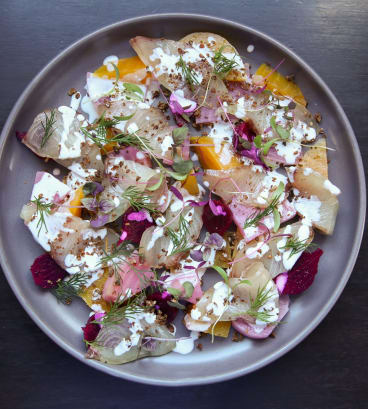 One week later the Adam Goodes incident happened. "I thought, 'we've still got so much to learn'."

The physicality of sport is well-known, not so much in the arts world. Plying her trade as an arts administrator has helped protect her voice. "[It's] one of the reasons why at this moment, I'm able to sing a 100 minute show. If opera singers are right and they are only able to hit so many great notes in their life… For 20 years of festival direction, I didn't have to sing for my supper, so for now, my voice is fine – touch wood."

Her upcoming show explores universal themes of greed and power and corruption. Called Dancing on the Volcano, it has Archer centre stage, accompanied by longtime collaborators George Butrumlis on accordion and Michael Morley on piano. About the period between the two world wars, it's a timely offering.

"The first world war finished and people thought 'Phew, it's over' and there was much dancing and merriment but a lot of people thought it was just a volcano that was going to erupt. Eventually many people thought there were not two wars but one with a little break in between."

The songs featured in the show are written by Brecht and his contemporaries, between 1919 and 1933. The words are savage and biting, the music is beautiful and rich.

"In that little group of songs over 90 minutes, you hear the collapse of society; it's absolutely so moving," she says.

"What is remarkable to me, is just how quickly things can change."

The show stands as a cautionary tale and resonates in the current global climate. "I think currently, there is so much focus on money… everybody is anticipating that there could be another financial crash. You feel it only takes one moment to point the finger and say 'I know who to blame' – usually a minority."

Next year is the 40th anniversary of A Star is Torn, the landmark one-woman show she wrote in 1979 about brilliant female artists who died young – featuring the likes of Edith Piaf, Billie Holiday and Judy Garland. She performed it six nights a week for a year in the West End, then brought it back to great acclaim in Australia. A few years ago, she wrote and produced a male equivalent called Falling Stars, which made its debut at the Adelaide Cabaret Festival and is coming back for a season at the Monash Theatre later this year.

That Archer could have a career as a singer is remarkable, as she is a chronic asthmatic and her lung capacity is dramatically diminished as a result. Being critically ill growing up instilled a lust for life that stays with her to this day. "I think it was … the threat of deprivation of time and energy. Every time I was well, I just ripped into it."

"If I hadn't had the limitation of poorly functioning lungs, I would've been a monster. I've managed to do quite a lot. If there was nothing wrong, I really could have been horrific. Kubla Khan, bring it on!"

Dancing on the Volcano is at the Fairfax Studio, Arts Centre Melbourne from July 9-11.