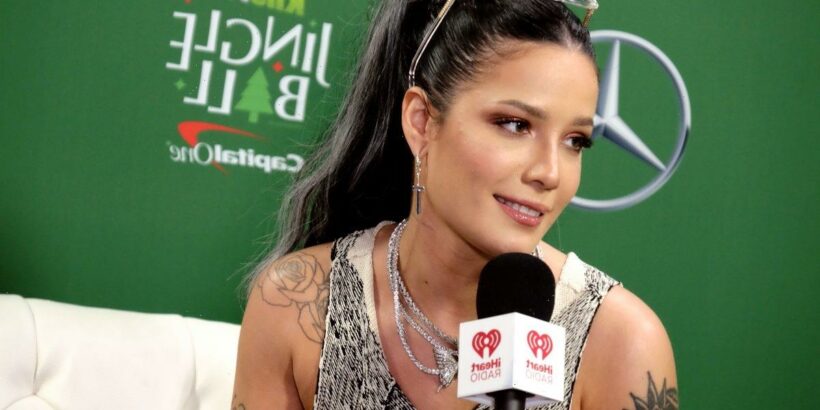 Halsey released her fourth studio album If I Can’t Have Love, I Want Power on Aug. 27. The album was produced by Academy Award winners Trent Reznor and Atticus Ross. In an interview with Zane Lowe of Apple Music, Halsey joked that she “should have paid” Reznor and Ross “more” money for their work on the album.

On Aug. 30, Halsey uploaded their conversation with Lowe to YouTube. The two spent nearly an hour talking about the creation of If I Can’t Have Love, I Want Power and Halsey’s career. Midway through the Apple Music interview, Lowe brought up Reznor and Ross’ work on the album.

“You just hear on this record that they have really taken their job seriously,” Lowe said of Reznor and Ross.

Halsey agreed with Lowe, saying, “It was so flattering to me because I could tell they really cared about the album. You know, these aren’t guys that need to like jump on and do like ‘Ah, some pop star called us and wants us to do this album’ and like ‘We’re gonna do it for a paycheck or whatever.’”

She continued, “Like I’ll tell you what, I didn’t pay them very much to do it. I probably should have paid them a lot more. I’m just kidding.”

“No, she’s not. She paid the peanuts,” Lowe joked.

“They did it because they love the record and that’s why it was so amazing,” Halsey said.

Both Reznor and Ross are members of the rock band Nine Inch Nails, and Reznor is the band’s founding member. Together, the two have also composed scores for the films The Social Network, The Girl with the Dragon Tattoo, Gone Girl, and Soul.

Reznor and Ross won Academy Awards for Best Original Score for The Social Network and Soul. They won a Grammy Award for Best Score Soundtrack for Visual Media for their work on The Girl with the Dragon Tattoo.

As an album, If I Can’t Have Love, I Want Power follows Halsey’s experience with pregnancy and motherhood. The album was accompanied by the release of an IMAX film of the same name. With the IMAX film, Halsey brought the album’s concept to life with visuals.

Because of Reznor and Ross’ work on film scores, Halsey felt their collaboration on If I Can’t Have Love, I Want Power was made better.

“We were producing the album and filming the movie in tandem at the same time,” Halsey told Lowe. “It was crazy but it was awesome because I could send them like production stills, and like ‘This is the vibe, this is what we’re shooting.’”

“That must have been the best moment of your life in a lot of ways,” Lowe said.

“It was, yeah,” Halsey admitted.

If I Can’t Have Love, I Want Power received critical acclaim following its release and debuted at No. 2 on the Billboard 200.