Lana Del Rey has dropped her cover of Sublime’s laid-back single “Doin’ Time.” The singer, who previously teased the cover, takes on late singer Bradley Nowell’s smooth-talking vocals, adding her signature sultry vibe to the song. The glittering song was produced by Andrew Watt and Happy Perez, and will appear in the upcoming documentary Sublime, which “outlines the history of the iconic California band.”

“Not a day goes by that I don’t listen to at least one Sublime song,” Del Rey said in a statement. “They epitomized the SoCal vibe and made a genre and sound totally their own.”

Sublime’s Bud Gaugh added, “We are so excited to be collaborating with Lana on this. The smoky, sexy, and iconic sound of her voice breathes new life into one of our favorite singles.” Troy Dendekker, Nowell’s Widow, noted, “Lana’s cover of ‘Doin’ Time’ is magical and haunting. What an honor to have her talent compliment the Sublime legacy.”

Sublime was directed by Oscar-winner Bill Guttentag, who previously helmed Twin Towers and You Don’t Have to Die. The film premiered at New York’s Tribeca Film Festival in April. 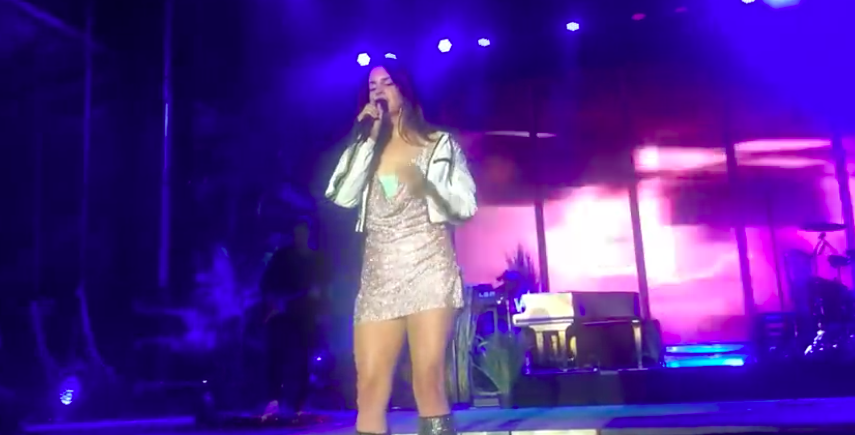