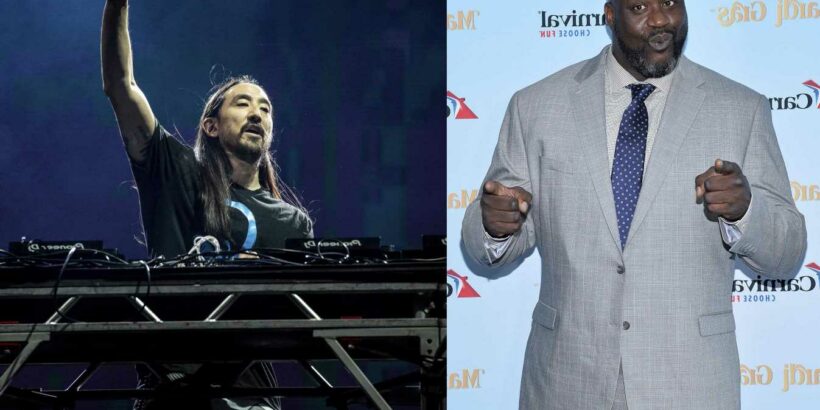 Shaquille O’Neal, a.k.a. DJ Diesel, has teamed up with Steve Aoki for a new single, “Welcome to the Playhouse.” The club-ready anthem arrives via Aoki’s label Dim Mak along with an animated music video.

The pair, who have been friends for years, announced the team-up via Instagram earlier this week. “Shaq goes hard on the mic!!!” Aoki confirmed in the post.

The single arrives ahead of Shaq’s upcoming music festival, Fun House, set for Feb. 11 in Los Angeles. The event, which will take place at the Shrine, will feature Lil Wayne, Diplo, Zedd, and DJ Diesel himself. Tickets and VIP tables go on sale Feb. 7 at 10 a.m. PST via the event’s official website.

Shaq has been DJing for several years. The basketball great debuted DJ Diesel in 2015 via a SoundCloud mix and went on to perform at EDM festival TomorrowWorld later that year. He also performed a club gig in Las Vegas, and anyone who’s followed his career both on and off of the court knows he’s been a music vet for a while. Shaq released four rap albums in the Nineties, guested on Fu-Schnickens’ Top 40 hit “What’s Up Doc? (Can We Rock?),” and even conducted the Boston Pops Orchestra in 2010, while playing for the Celtics.