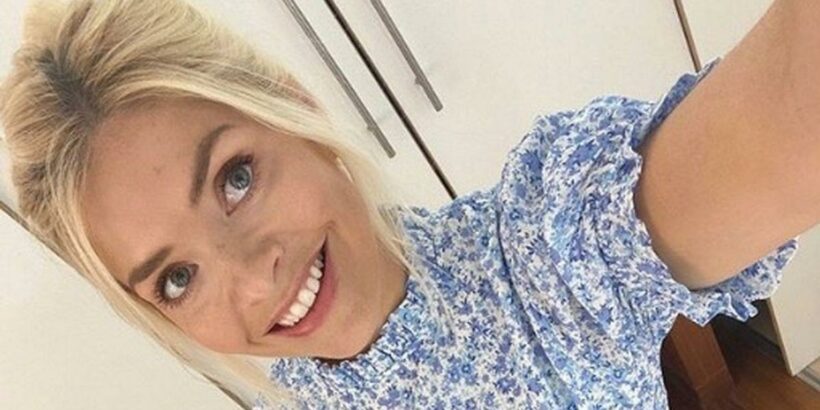 Holly Willoughby looked as though she'd enjoyed and appreciated some time out from This Morning this week.

Ordinarily, Holly would utilise her own glam squad to help with her hair and makeup up for each ITV episode but during her time out the mum-of-three decided she wasn't going to bother with any coverage at all.

Laying herself bare, the 40-year-old sizzled as she allowed her glowing an radiant skin to take centre stage.

Looking cosy at home, the TV presenter donned a patterned wool knit jumper as she sizzled while smiling at the camera.

Soon after posting fans were eager to understand Holly's skincare regime, begging the starlet for her secrets.

"Can you drop your skincare routine?" asked one.

"So naturally beautiful, what's your secret?" said another.

While others had certainly missed the television legend from her usual perch on the day time favourite.

One person exclaimed: "Absolutely beautiful. Looking forward to seeing you back on Monday, you've been missed. Hope you had fantastic break."

A second added: "Can't wait to have you back on Monday."

With Holly and co-star Philip Schofield off all week, colleagues Dermot O'Leary and Alison Hammond stepped in to fill their roles on the ITV programme.

It seemed as though Alison and Dermot were both in high spirits as the UK began to ease off it's Covid-19 restrictions, with pubs opening up for outdoor service and groups of up to six people.

On the show, Dermot hilariously took a gulp of his ice cold beer while adding: "Hello, old friend!"

Speaking to his sidekick Alison, he went on: 'Six words I've been waiting to say…'

Excited to be back in the boozer, he shouted five words – instead of the six he'd promised – yelling: "We are at the pub."

Not paying any attention to his faux pas, Alison said: "It feels so good! And look at you, having a beer.

"I'm having a Bailey's. I love Bailey's. This is so nice. This is like our first jolly. It's just so nice."