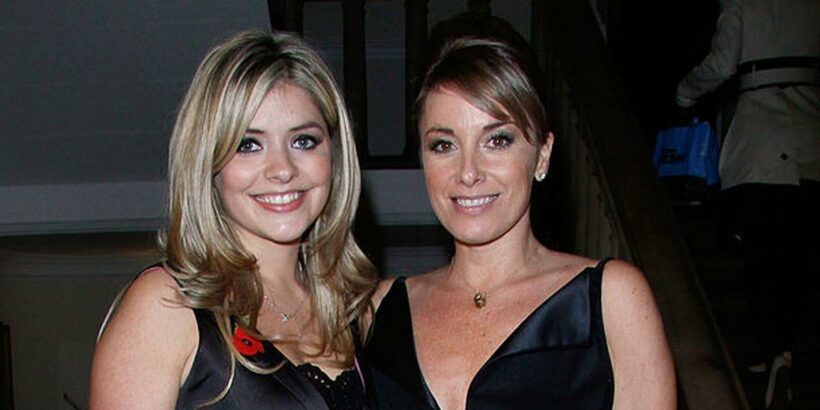 The This Morning star, 40, left her fans absolutely gobsmacked on Monday morning, after revealing the jaw-dropping DNA connection to Tamzin, 50.

The actress – best known for playing Mel Owen in the BBC soap – appeared on the sofa to chat to Holly and Phillip Schofield about her latest TV drama role in Ridley Road.

But despite the plug for the new BBC drama, which starts next month, conversation quickly turned to The Masked Dancer, which Tamzin competed in.

Tamzin danced as Scarecrow on the hit competition, with Holly appearing as a guest detective during the episode she was unmasked.

Holly told her: "I loved you so much in that. I clearly didn’t guess who you were, which is slightly embarrassing bearing in mind we are practically related."

Holly didn’t hold back her giggles as she apologised: "Sorry about that."

The pair are actually related through marriage – with Holly calling Tamzin her cousin in the past. Their exact relation is cousins-in-law, with Holly’s producer hubby Dan Baldwin’s mum being Tamzin’s mum’s sister.

Tamzin herself starred in EastEnders from 1998 until 2002, and quit the soap shortly after her on-screen husband Steve Owen’s death.

She later returned in 2017 and has gone on to be involved in plenty of hard-hitting storylines.

Holly herself is stepping up her TV career at the moment, and will be pairing up with comedian Lee Mack in place of her usual co-host Phil for a new BBC show entitled Wim Hof’s Superstar Survival.

With a similar concept to Channel 4’s Celebrity SAS: Who Dares Wins, the show will see celebs attempt some "death defying" challenges set across the harshest environments in Europe.

Speaking about her new project, Holly said: "Lee is a favourite in our house because he’s so hilariously funny and I’ve been a fan of Wim for a long time – he’s a genius who’s incredibly passionate about helping others.

"This show is going to be brilliantly entertaining and you never know… you may find out some things that could help you along the way too."

Ever the comedian, Would I Lie To You star Lee quipped of his new role: "My passions in life are Wim Hof, watching ‘This Morning’ in my undies, sub-zero temperatures, looking at celebrities sitting in cold water and free hotels. But trying to find a show that combines these has proved tricky. Finally I’ve found one."