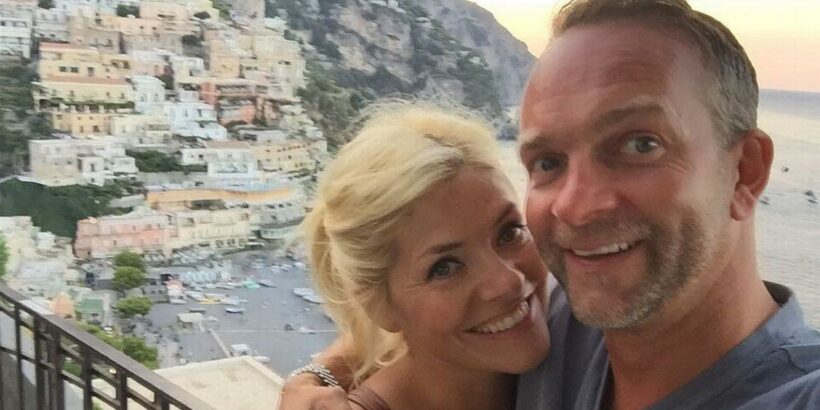 Holly Willoughby has kept her family life somewhat private ever since she first stepped into the public eye, but in her new book Reflections, the famous TV presenter shared some new details.

The mother-of-three has opened up on some aspects of her romantic life as she spills on her relationship with husband Dan Baldwin, who she met in 2004.

In her new book Reflections, as reported by The Sun, Holly confessed that she gets "disproportionately angry" about her husband questioning her TV choices.

In the book, she said: "If I'm watching something on TV and my husband suddenly asks, 'Why are you watching this s**t?', it'll spark something deep inside and I will get disproportionately angry about it.

"But actually I'm angry because I subconsciously feel as though someone is trying to control what I'm doing."

She stated that her husband "absolutely isn't" trying to control her, but she said she thinks she's worried about control in her life.

Holly added: "Maybe that's a sign that I still need to address the issue of control."

Although she didn't state which shows Dan is left unimpressed by, Holly has famously discussed her love for reality shows including Made In Chelsea and Love Is Blind.

Holly has followed in the footsteps of the likes of Gwyneth Paltrow after releasing her own brand, Wylde Moon, which launched in the lead-up to her book Reflections.

The This Morning presenter has been focusing on her alternative therapies over the past few years and announced she would be releasing her own brand to plug the relaxing lifestyle.

She will also be releasing podcasts alongside her book and new brand.

The launch of the brand comes after Holly "rediscovered herself" while she was on I'm A Celebrity… Get Me Out of Here! In Australia as Ant McPartlin's replacement in 2018.

She said she learned a lot in Australia, with many people plugging alternative therapies including meditation and sound baths.

When she released Wylde Moon, Holly said she wanted other women to discover themselves just like she did – and has launched her own brand to support them in that mission.