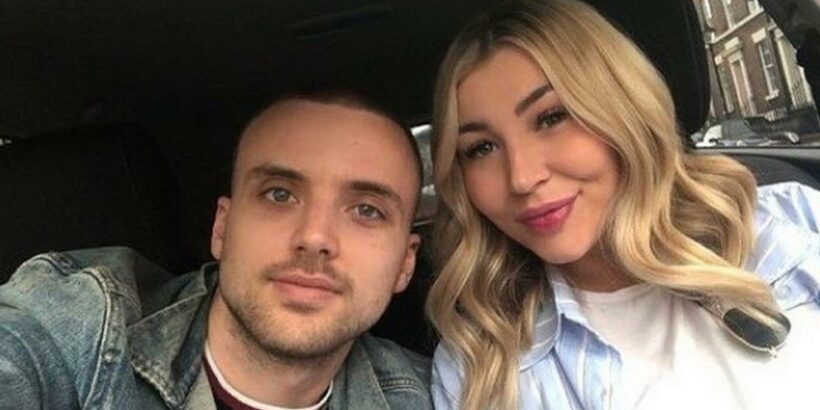 Former Hollyoaks star Parry Glasspool has shared his joy with his fans online, as he welcomed his first child with fiancée Paije Love.

Taking to his Instagram stories on Monday afternoon, Parry, 29, shared an adorable photo of his fiancée holding their daughter's tiny hand.

In the sweet pic, the newborn wore a cute white baby grow which sported grey polka dots and a small grey elephant embroidered on the chest.

Making reference to his child's arrival, the actor who is best known to fans for playing Harry Thompson in the soap, captioned the photo: "Oooof, finally!"

Last year December, Parry's partner made the announcement that they were expecting their first child together.

Sharing the happy news on her Instagram account Paije uploaded a photo of herself and Parry holding images from their scan.

Paije later confirmed to her fans that she was expecting a baby girl.

The couple's romance has certainly been going from strength to strength with the Hollyoaks star proposing to his partner last year.

Parry – who left the Channel 4 soap in 2019 – ensured that his proposal would be different from the norm as he sat Paije down in front of the TV for a quiz which he presented himself in a pre-recorded clip.

In the video, while appearing as quiz master, Parry instructed them both to write down one word answers to a series of questions.

The actor said in the video: "Name something that people leave behind when they die. What trees commonly grow in a graveyard?

"Give me another word for 'harmoniously combine'. What disease causes chronic fatigue?"

Struggling to answer any of the questions correctly, Paije then looked and was left in shocked when she realised that the answers revealed the words: "Will. Yew. Marry. ME?"

The star then went down on bended knee and presented a ring to his future wife-to-be.

At the end of the video, the star added: "Just in case you said no – it was all a joke."

Parry made sure his fans online also got to witness the happy moment and uploaded the clip to his Instagram account.